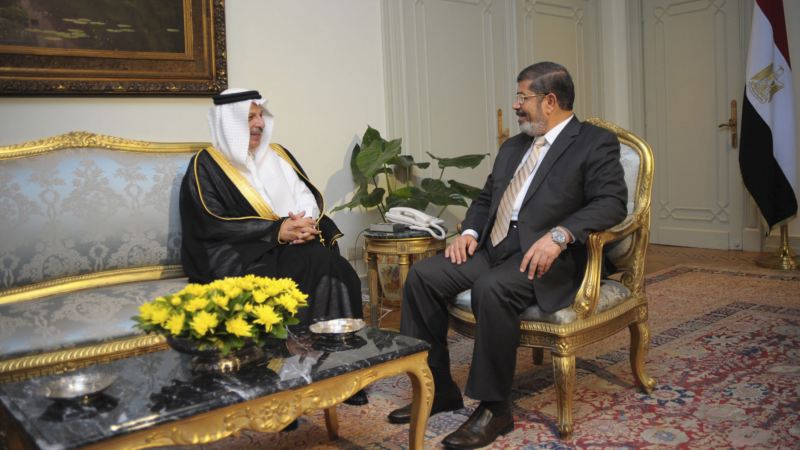 As Egypt’s President Mohamed Morsy prepares to make his first visit abroad, many Egyptians wait with baited breath for an announcement which would reveal the fate of Ahmed Al-Gizawy, the Egyptian lawyer who is being held on drug trafficking charges.

Al-Gizawy’s wife Shahenda Fathy has reaffirmed her hope that Morsy will make use of his trip to Saudi Arabia by pressuring the Saudi King Abdullah bin Abdullaziz into pardoning her husband.Al-Gizawy’s drug trafficking charge is alleged to be an excuse the Saudi government chose to pin on him after he filled a lawsuit against the royal family, demanding better rights for Egyptian workers in Saudi Arabia. Nevertheless, since his arrest last April in the King Abdul Aziz Airport in Jeddah there have been numerous reports concerning his fate.
According to Fathy, Al-Gizawy has had limited contact with his family. Numerous rumors about his detainment have presented contradicting statements. Some rumours say Al-Gizawy has been put on death row, while others claim no such verdict has been handed out.

Morsy’s visit to Saudi Arabia is an important moment, not only for the friends and family of Al-Gizawy, but also for supporters of the No Military Trials movement. The movement is aimed toward obtaining the release of all Egyptian prisoners arrested since the revolution began, many of whom are currently being held by the Supreme Council of Armed Forces (SCAF) awaiting military trials.
The connection may not be apparent at first, but the movement has thrown their weight behind Fathy in order to pressure Morsy into action.

So far, Morsy has yet to take any steps toward releasing Egyptians awaiting military trials, despite his promise to do so. Members of the movement hope that by moving forward in Saudi Arabia the proceedings at home would be expedited, as he would be setting a precedent for future decisions regarding unfairly detained civilians.
Yasser Aly, the official spokesperson of President Morsy, has told Fathy that Morsy would do what he could to get her husband’s name on the list of people who will be pardoned during Ramadan.

Whatever Morsy’s decision will be, many believe this will reflect the future decisions he is poised to make regarding those that are facing military trials at home.