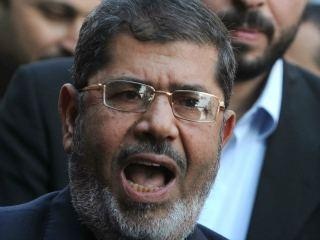 The very public struggle over legitimacy in post-uprising Egypt, which has pitted the judicial and executive branches in a legal battle over authority, is a conflict between institutions filled with former Hosni Mubarak regime loyalists and a new post-uprising empowered president, legal analysts, experts and former judges say.

Constitutional expert Dr. Tharwat Badawy, told the Daily News Egypt that “the sole legitimate authority in Egypt is currently the presidential authority, since he’s the only source elected by the people.”

Dr. Badawy said the current fall-out is not between the president and “the entire judiciary authority, but just a group of judges affiliated with the former regime.” The institutions, such as the judiciary, and in particular its high courts, most of whom were Mubarak appointees, have sought to impose their will on a country without a clear guiding document, namely a constitution.

“Since the country is lacking an acting constitution at the moment, several powers are struggling for authority,” Badawy said, offering his own analysis of the current situation. “Among those powers is that of the former regime, currently dominating different state organs.”

According to Badawy, the Supreme Constitutional Court is one of the aforementioned bodies. Given that most – if not all – the SCC judges were appointed by Mubarak. The laws regulating the appointment of judges within the SCC give the president full reign over the choice of judges without any restrictions on dismissal or appointment.

Badawy said the present situation was originally caused by the SCC, since it went out of its jurisdiction with the latest ruling it issued on Tuesday night.

“The jurisdiction of the SCC lies only in its power to deem any legal document, action or decision constitutional or unconstitutional,” Badawy said.

Other legal experts, however, view the fight over legality and authority as more of the president overstepping his boundaries.

“Unfortunately, President Mohamed Morsy started his reign with an unnecessary dispute with the judiciary,” Hossam Eissa, Law professor at Ein Shams University, told the Daily News Egypt. “Ever since his reluctance to swear the presidential oath in front of the Supreme Constitutional Court (SCC), then demanding that the oath not broadcast through the media, and now his decision to bring back parliament, refusing to apply the SCC’s ruling.”

Eissa said the situation the country is mired in at the moment is an extremely dire. Ex-head of the Cessation Court, Ahmad Mekki agreed, confirming, on his part, that the situation is definitely abnormal, to say the least. Yet,. Mekki’s take of the matter was that the judiciary is being used as “a roadblock standing in the way of building a democratic system.”

“The ongoing war – exemplified in the struggle between the president and the judiciary – is on deciding whether the people are the true source of legislation or if it all comes down to an individual, totalitarian rule,” Dr. Mekki told the Daily News Egypt.

Whereas, Eissa’s legal opinion dictates otherwise. He says that it is within the SCC’s jurisdiction to “separate disputes” through rulings which become “binding once issued.” Eissa said that is exactly what the SCC with its court ruling.

The situation is indeed tangled, yet it is difficult to say it is unprecedented.

In 1990, the SCC ruled against the Peoples’ Assembly, similarly deeming it unconstitutional. Though the SCC’s ruling came out in May, then president Hosni Mubarak did not dissolve the parliament until September, putting the decision of having it dissolved up to a popular referendum.

Mekki insisted that 1990’s scenario was the constitutionally correct procedure, and that today’s scenario is woefully out of legal bounds. Eissa, illustrating the quite contradictory legal opinions on the matter, respectful disagreed with Mekki’s assessment.

“There is no such thing as putting a court ruling to a public referendum,” Eissa protested in disagreement. “If I am charged with murder and sentenced to be executed, could a popular referendum be held to get me off the hook?”

Notorious for taking its time – usually with obvious delay for gathering documentation and reviewing – before issuing any ruling, the quickness with which the SCC issued its latest ruling was rather surprising.

“The swiftness is justified,” Eissa said. “The longer a void Peoples’ Assembly stays undissolved the more likely it is to issue void laws which could shake up the entire country.”

On the other hand, Mekki only sees suspicious in the rapid ruling, and said the swiftness is only justified as a response to military decisions.

“There are no institutions in Egypt which do not fall under military rule. The only way a military decision can be reversed is if the people manage to impose their will.”