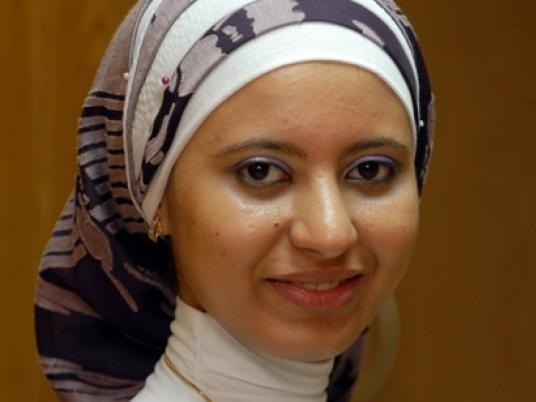 Protests calling for the release of Egyptian journalist Shaimaa Adel, who was arrested by the Sudanese intelligence nine days ago, continue despite scant knowledge of her whereabouts or new information about her detention.
The El-Watan newspaper, numerous journalists and human rights activists held a demonstration in front of the Journalist Syndicate yesterday followed by a march to the Ministry of Foreign Affairs.
Another protest was held in front of the Alexandria library on Monday calling on President Mohamed Morsy to intervene on Adel’s behalf. Earlier this week protesters gathered in front of the Sudanese embassy in Garden City in solidarity with Adel.

The International Center for Supporting Rights and Freedoms issued a statement on its website on Monday condemning the detention of Adel and the failure of Egyptian authorities to elucidate the fate of an Egyptian citizen.
The centre also demanded that Sudanese authorities release Adel, along with other prisoners of opinion, and called on President Morsy to take measures to Bring Adel back home, in order to safeguard her from possible mistreatment.

Adel, 25, a journalist for El-Watan independent newspaper, was arrested on 3 July for covering protests against the regime of president Omar-Al-Bashir. Later on, the Sudanese authorities announced she was detained for reasons that are not related to journalism.
The current situation of the Egyptian journalist is still vague with conflicting reports about her whereabouts.