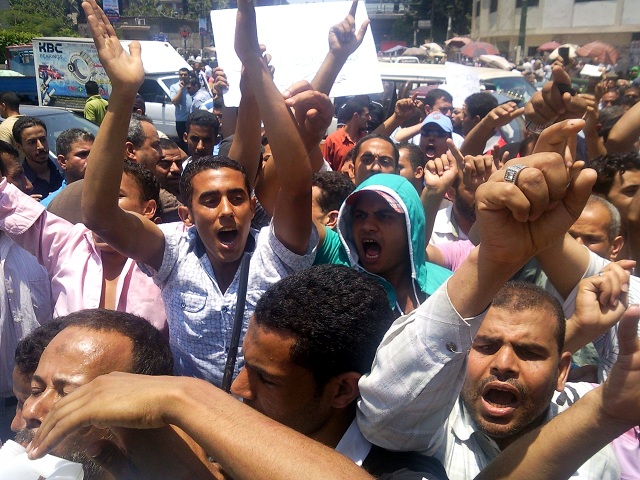 Egyptian ceramics mogul Mohamed AbulEnein announced on Wednesday his intention to liquidate his interests in his company, Cleopatra Ceramics.

Cleopatra Group’s media department said AbulEnein will close all factories and let go of his investments “to focus on his personal life.” Abul-Enein said the decision stemmed from the ‘stress’ of constant disputes with employees, state-run Al-Ahram reported.

Since the removal of ex-president Hosni Mubarak, the company has been wracked by strikes and demands for fair salaries. Just last week, hundreds of Cleopatra workers converged on the Supreme Court claiming Morsy had met with labour syndicate committee members and promised a speedy resolution to the issue, yet had done nothing.

In March, AbulEnein and labour minister Fathi Fekri were held hostage overnight at the Labour Ministry by over 1,000 angry employees demanding a share of company profits.

In May, 4,000 of the 6,000 total employees at the Cleopatra factory at Ain Sokhna halted production for 12 days complaining that AbulEnein cut transportation services for employees in response to strikes.

In both cases, the military brokered deals between the parties in order to enable production to resume.

Workers are afraid that a sale of the company is a tactic to escape paying employees their due, as was the case with many prominent businessmen ousted by the uprising.

AbulEnein has been summoned for questioning over corruption by prosecutor-general Abdel-Meguid Mahmoud, but has not been charged. AbulEnein has, however, been slapped with a travel ban .