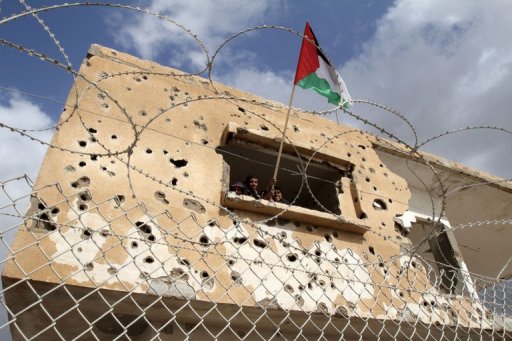 In an attempt to stimulate growth in the Palestinian governorate of Rafah, the prime minister of the Palestinian National Authority has called on Egypt to lift the travel quota and to keep the crossing open permanently.

Prime Minister of the Palestinian Authority Ismail Haniya, a member of Hamas, called for Egypt to “open the door of the Rafah crossing wider by allowing it to work around the clock and increasing the number of travellers,” Al-Arabiya reported.

Although Egypt has raised the quota to 1,500 from just under 1,000 since President Mohamed Morsy came to power, Haniya believes the numbers are still too low.

Permanently opening the border crossing and removing the quota, would allow Egypt and Palestine to benefit from a free-trade zone, Haniya said. Haniya pointed out that “Gaza today has commercial, agricultural and industrial activity.” He said there were businessmen in Gaza who were “ready to work on this, but we are still waiting for practical steps forward.”

“It is Israel’s interest to respond positively to request. For Israel, consolidating relations between the Gaza strip on one hand and Egypt on other hand is good because it can make Gaza Egypt’s responsibility,” said Gamal Abdel-Gawad Soltan, professor of political science at the American University in Cairo. “Analysts have been arguing this for years.”

However, Soltan argued further opening the border would create rifts between Egypt and its regionally allies, like Saudi Arabia, and present security concerns for Egypt.

“It is not in the interest of Saudi Arabia to have a consolidated Hamas, which is something Morsy will most likely be discussing during his visit,” Soltan said.

Normalising the situation, Soltan argued, could potentially weaken the Palestinian state by further separating Gaza and the West Bank.