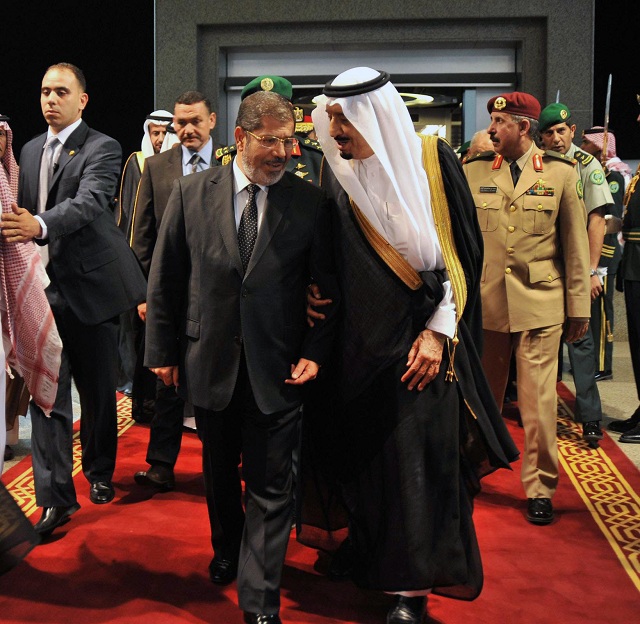 President Mohamed Morsy met with Saudi diplomats on Wednesday to discuss the two countries strategic goals during the coming years.

The Saudi Press Agency reported that Morsy offered praise for King Abdullah and Prince Salman bin Abdulaziz Al-Saud said the two countries were in agreement on how to move forward in the future.

However, Egyptian political analyst Fayek Fahim said that Iran may prove to be a sticking point.

“During the last one year and a half, since the Egyptian revolution, relations with Saudi Arabia were tense,” said Fahim. “Morsy will establish normalized relations based on the historical fact that they have always been close friends. It is important for the two to have good relations.”

Fahim points out that with Iran posing antagonistically from the east, Saudi Arabia needs a friend in the West. For Egypt it is not so simple, Fahim said.

“Morsy is planning to establish good relations with Iran, so he is torn between two things,” Fahim said. “He can take the typical route of rejecting Iran and building a close relationship with Saudi Arabia or he can make a new turn to normalize relations with Iran.”

In addition, Fahim said that Morsy is likely to ask Saudi Arabia for further financial support. On Thursday, Morsy and his delegation were slated to perform Umrah at the Grand Mosque in Mecca.