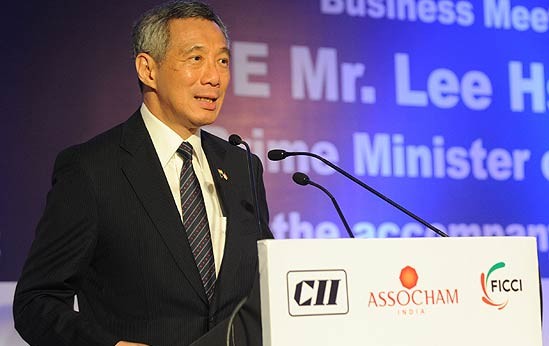 New Delhi (AFP) — Singapore’s prime minister on Wednesday urged India to press ahead with economic reforms and added that foreign investors need a “predictable” environment in which to invest their money.

But Lee, who is on a two-day official visit to India, added foreign investors need not only an open economy, “they want predictability” as well.

“They want to be sure the terms you go in on are the same for the next 20 to 30 years,” Lee said. “The more these aspects can be strengthened, the better it will be for India.”

Singapore is India’s largest trading partner among the Association of the Southeast Asian Nations (ASEAN) with bilateral trade of $23 billion and the second biggest source of foreign direct investment inflows (FDI) into Asia’s third-largest economy, according to India’s ministry of external affairs.

Foreign investors have expressed alarm, in particular, over India’s plans for retroactive taxation of some transactions — a step aimed partly at recouping over $2 billion in capital gains tax from British telecoms giant Vodafone.

Lee also pressed for a swift conclusion of talks to update a free trade agreement with India, signed in 2005, as well as to allow more airline flights between the two countries.

“One quick win is to improve air connectivity,” Lee said.

He noted Singapore and China already enjoy an “open skies” arrangement, allowing unlimited flights, and said liberalisation of aviation between India and Singapore “will promote the exchange of business, ideas, art and culture.”

Lee urged New Delhi to step up its ties as well with ASEAN and added he hoped an investment and services accord between the two would be signed soon.

“There are many more opportunities to be (gained) by integrating our countries’ economies with each other and with the region,” he said.

“India can prosper by forging closer links with Southeast Asia.”

India has been attaching increasing importance to its eastern neighbours under its “Look East” policy, hoping for more commerce and investment with the ASEAN zone of 600 million people.

Lee added he saw little chance of greater economic integration among the ASEAN nations resulting in a similar crisis to the one currently embroiling the euro zone.

“We will undoubtedly make some mistakes… but we’re not creating a single currency — we will not have to cope with the problems the Europeans are facing.”