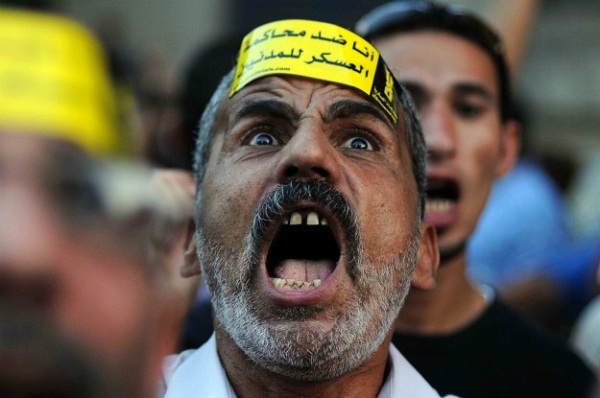 The official Facebook page for the April 8 Officers’ Movement announced the release today of two of its members imprisoned since April 2011, Major Mohamed Omar and Lieutenant Mostafa Abdel Meguid. According to the group, 21 out of 26 officers arrested have been freed.

Nevertheless, the acquitted officers are not home yet, they remain in Maadi military hospital for a psychological rehabilitation course.

Two other military officers who were captured on April 2011 as well as three officers captured in November 2011 are still detained, according to the group’s Facebook page.

The April 8 Officers’ Movement was established soon after a group of military officers – who were not pleased with the Supreme Council of Armed Forces’ (SCAF) strategies – decided to join a public protest in Tahrir square in full military regalia.

They were quickly arrested by military police.