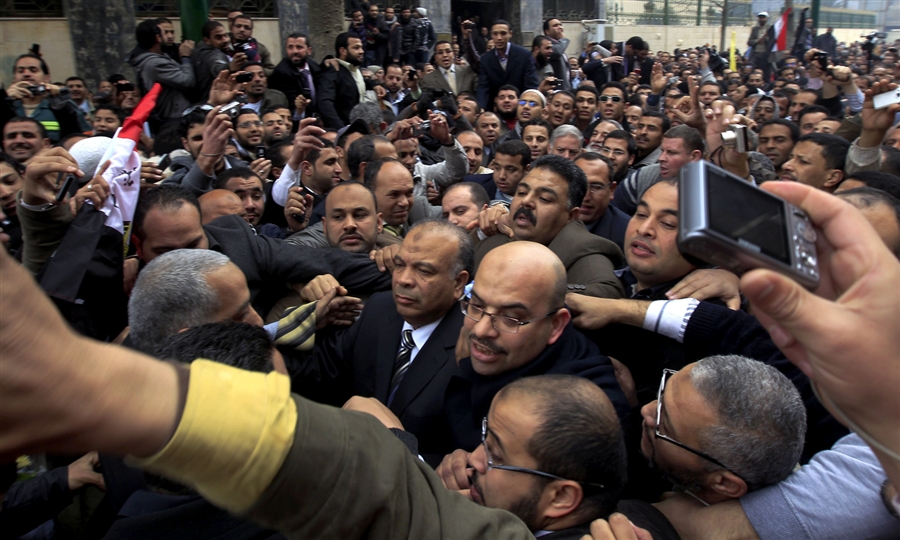 The Cassation Court was unanimous in its decision that it did not have the jurisdiction to pass judgment on the case of the membership of Egypt’s parliament, according to head of the court Mohamed Momtaz. The fate of the assembly, the lower house of parliament, now rests on cases that are set to be heard in front of the Cairo Administrative Court on 17 July.

The court also asserted its commitment to jurisdiction, according to article 40 of the constitutional proclamation, which states that “(the court) rules about the validity of the membership of peoples’ assembly and Shura Council members in regards to appeals presented to it within 30 days of the elections, and that ruling about the validity takes place within 90 days of the elections.”

The president and the disbanded parliament requested the court to review how to implement the SCC ruling that deemed one-third of its elected members unconstitutional.

Following the reinstatement of the legislative body, after Morsy publicly challenged both the Supreme Constitutional Court and the ruling generals’ supplementary decree to disband the People’s Assembly, members of the assembly reconvened for 10 minutes only to submit the case for review in front of the Cassation Court on 10 July.

“The decision of the Court of Cassation is correct since it is not in its specialty to explain SCC ruling,” said Mohamed Abdel Rahman, an attorney who specializes in Cassation Court cases.

Mohamed Abdel Aziz, a lawyer with the Al Nadeem Centre for the Rehabilitation of Victims of Violence, who is leading a group of lawyers who challenged the president’s decision to reinstate the parliament and called on the public prosecutor’s office to bring the president in front of a criminal court, similarly agreed with the Cassation Court’s decision.

United States Secretary of State Hilary Clinton said upon her arrival in Cairo the back and forth between the judicial branch and the executive branch would need to be resolved.

“The issues around the parliament and the constitution have to be resolved,” Clinton said. “I’m confident the Egyptian people can resolve all these questions themselves.”