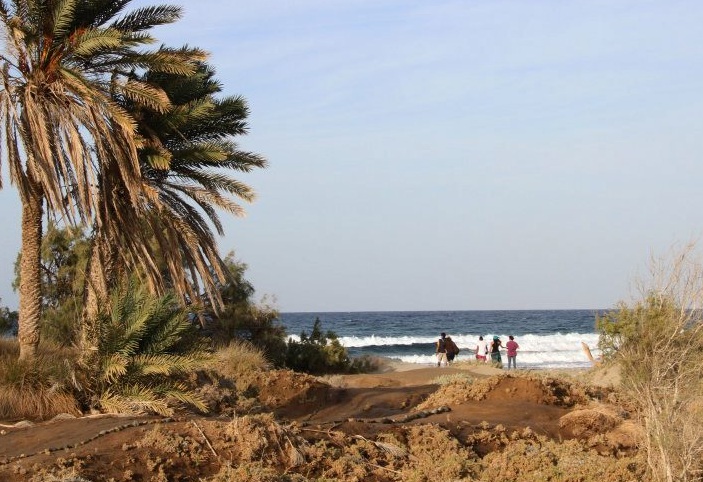 A sustainable tourism company is looking to unearth the beauty of Egypt for all Egyptians.

Cairo is generally considered an ugly city. It is polluted and traffic is horrendous. The buildings are often bland, and tensions have been running high in the city. For the Egyptians that live here it is easy to forget that Cairo is just one small part of the enormous landscape that is Egypt. Recognizing that this bleak view of the country comes not from fact, but from experience, Dig Deeper aims to show Egyptians the sights and sounds that are rarely given a moment’s thought.

“As a child I would walk down a street and wonder, what was at the end of this street,” Fawzy said. “When I came across a wall I would want to know what was behind it. In a way I have always loved adventure and exploring new things.”21 year old Mahmoud Fawzy started Dig Deeper in November after discovering for himself what gems were hidden in plain sight around Egypt. Whether in the greenery, the seas and the sands, all in a wide variety of shades and colours; in the north, from the wave splashes of the Mediterranean; or the rough dry south of Nuba and Upper Egypt, passing by the smooth softness of the rural Egyptian countryside.

Unfortunately, the trips cost more than many Egyptians can afford, but Fawzy is determined to provide as many of them as he can. “I want to provide special workshops for the people that can’t afford to go, such as photography workshops,” he explained. “After that we would take them out on a sponsor-funded trip, have them take pictures, and educate them on environmental conservation and awareness.”

The problem, he believes, is that “Egyptians don’t know how to handle the environment responsibly, we don’t have the culture. And it’s not wrong to say we have a problem, we have to recognise it to solve it.”

Dig Deeper will be taking their guests on a three day boat trip in the Red Sea on Monday. There are only a handful of islands people know of Fawzy reckons. “There are actually more than 39 islands in the Red Sea, so we have a lot to explore in the area, including finding new places to snorkel”, he said.

Combining his own sense of adventure with a genuine passion for the environment, Dig Deeper is a prime example of the type of sustainable tourism Egypt is in dire need of.