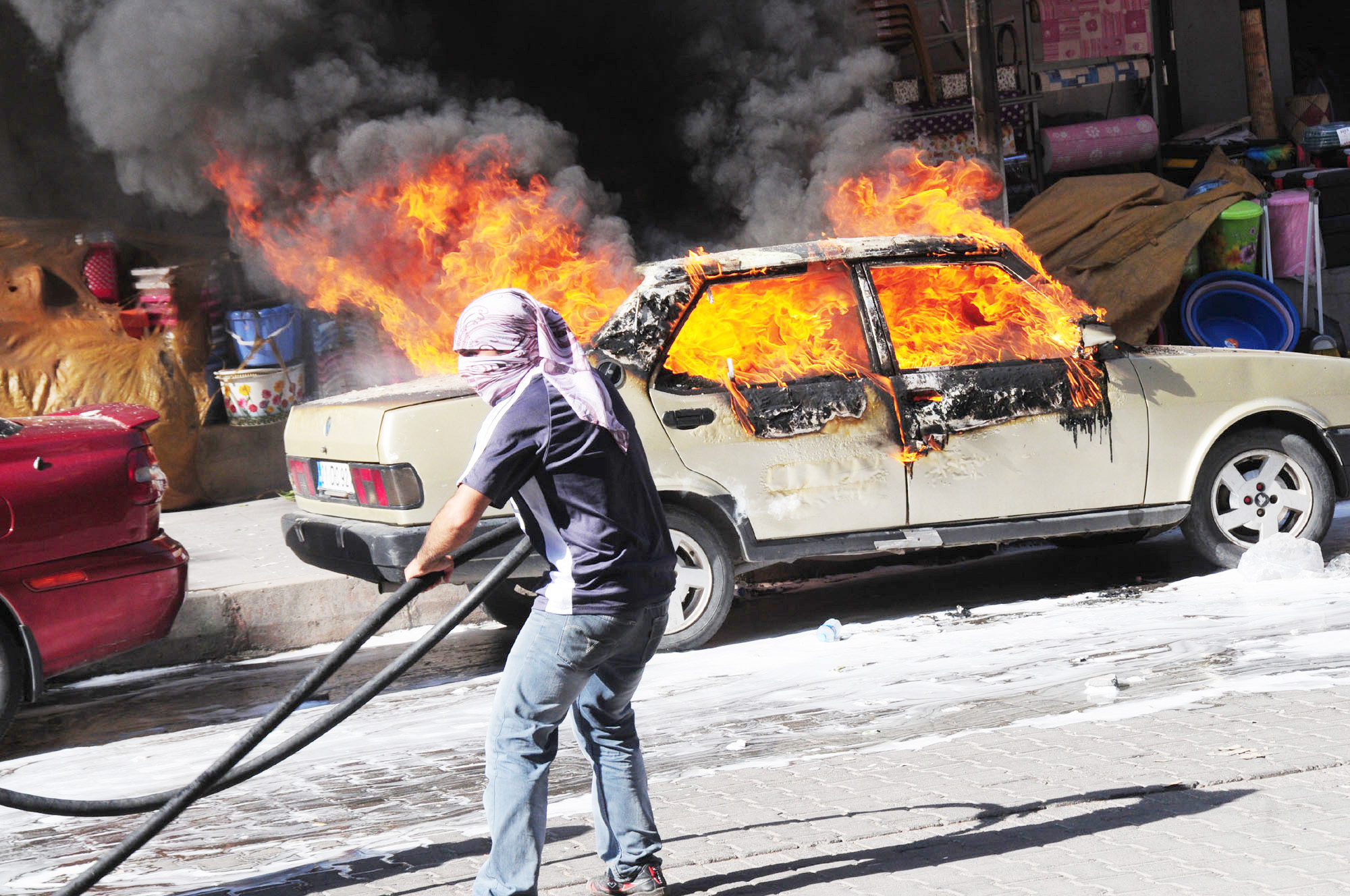 The protesters had been refused permission to demonstrate in the city by local authorities after the pro-Kurdish Peace and Democracy Party (BDP) tried to hold a rally in support of the release of jailed Kurdish militant leader Abdullah Ocalan.

Ocalan is one of the early leaders of the Kurdistan Workers’ Party, the PKK, a group branded a terrorist organisation by Turkey and its allies.

The movement began pushing in the late 1970s for cultural and linguistic rights, but has in recent years more directly engaged the Turkish army in open conflict. More than 40,000 people have been killed since their founding according to Reuters, Kurdish rights groups put that number closer to 80,000.

Kurdish MPs were caught in the crossfire as police battled demonstrators wielding bits of paving stone and hiding behind makeshift barricades. Both sides suffered injuries and at least one BDP deputy was hurt.

Protesters then proceeded to set fire to cars, vandalise property and loot shops, according to AFP.

Reuters reported that the tensions first escalated into open violence when police attempted to stop buses carrying members of the BDP from reaching the rally, then prevented a group of 50 politicians from walking towards the site.

“You cannot block the path of members of parliament.

You are committing a crime,” BDP Chairman Selahattin Demirtas told the police, according to Reuters.

The rally coincided with the first anniversary of a declaration of “democratic autonomy” by Kurdish politicians, and it was also exactly one year since PKK guerrillas killed 13 Turkish soldiers in an attack in Diyarbakir.

The incident was not isolated. Elsewhere in the country, in Van province near the Iranian border a roadside bomb was remotely detonated by PKK militants. No casualties were reported but 10 police officers were reported injured, none life threateningly.

Just the day before, Turkish PM Recep Tayyip Erdogan accused both the involved parties- the BDP and the PKK- of undertaking violent actions in order to “silence” Kurdish MP Leyla Zana.

While many view Zana as a staunch advocate of Kurdish freedoms and rights, she has recently been fiercely criticised by both groups.

“Zana was harshly criticised only because she met with me, she talked the truth that is why she was attacked,” the prime minister told his party’s local congress.

“The PKK and BDP are aiming to silence her with such criticisms. They want to silence anyone who demands an end to violence.”

For her part, Zana is no proponent of Turkey’s actions. She said in a press conference that she believed that striving for peace could not be unilaterally Kurdish, and that Turkey needs to be ready to make concessions and open up new dialogues.