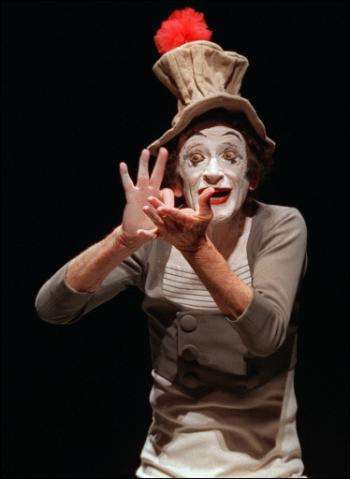 El Sawy Culture Wheel is holding its 8th annual mime festival as part of its theatre programme. Mime is not very popular in Egypt, but even still the festival has managed to fill two days with performances by both professional and amateur performers starting on Monday.

The art of mime started in ancient Greece and has been part of performance art ever since. Mimes are often seen as street artists, usually dressed in striped shirts, black pants with their faces painted white. They follow hapless passers-by while exactly mimicking their movements. But there is much more to the performance art that is mime.

The annual mime festival is the idea of Mr. Ahmed Ramzy who is charge of theatre productions for the Sawy Centre. “I did not want to conform our programming to the regular definition of theatre,” he told The Daily News Egypt. “I wanted to expand its horizons and felt the art of mime was not getting enough exposure.”

Ramzy had to convince his colleagues at first but since its inception in 2005 the annual mime festival has developed a loyal following. “The festival spans over two evenings and features 10 minute performances by professionals, amateurs, individuals and groups. The artists are free to choose their style of performance, they are artistically free.”

Traditionally mimes communicate without words, using their bodies and facial expressions to convey their emotions and tell their stories. Pantomimes are usually performed by groups and are heavily based on traditional stories like airytales. Pantomimes can involve spoken text and songs and were very popular for their expressions of societal satire.

The mime scene in Egypt is small and performances are few and far between apart from the festival and the occasional performance by a national or international mime act in the Opera House. The annual festival attracts between 200 and 400 patrons per day, with some acts attracting a loyal and enthusiastic following.

Mime is a niche performance art but the mime festival in El Sawy ensures the tradition of mime is a small but significant part of Egyptian culture.