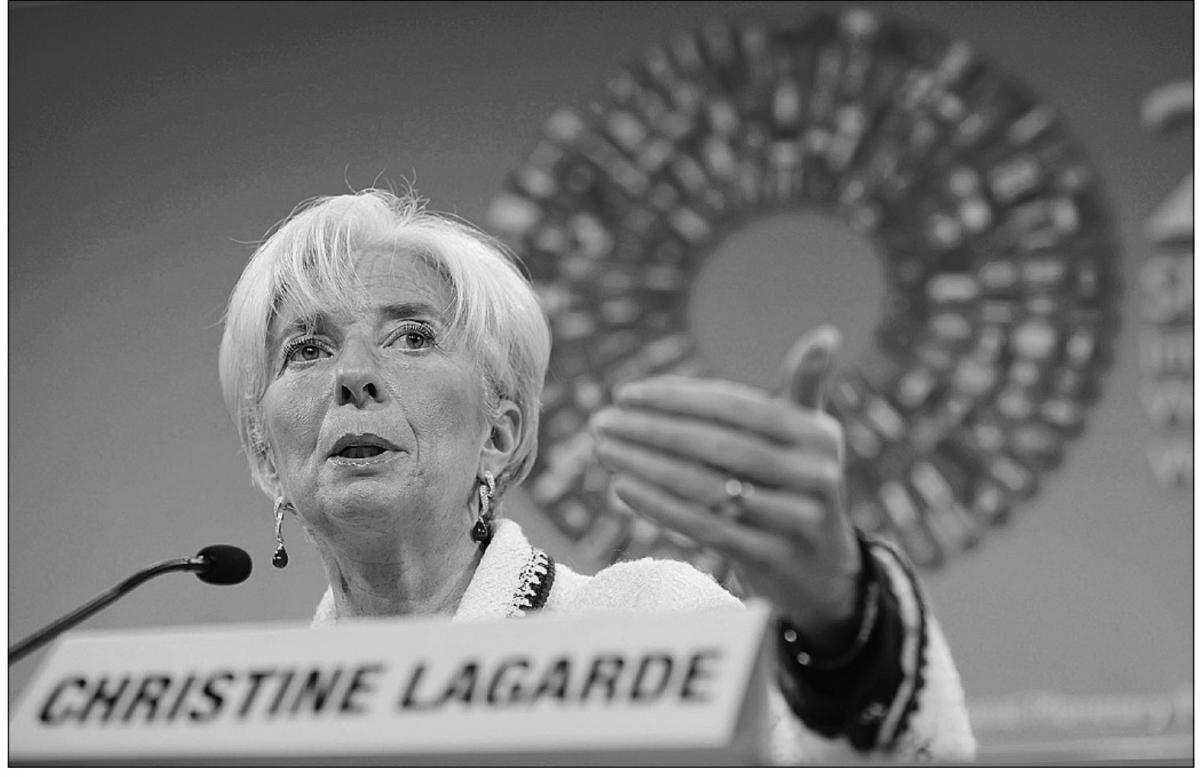 The International Monetary Fund stepped up its warnings Monday on risks to the global economy, especially from Europe, as it trimmed its growth forecast for the rest of the year.

The IMF said the world economy appeared weaker since its assessment just three months ago, and while growth was only slightly off the expected pace, “downside risks continue to loom large.”

If policy reactions in major economies remain inadequate or too slow, the IMF said, fissures could deepen, with risks particularly high in Spain and Italy, IMF economists said.

“In the past three months, the global recovery, which was not strong to start with, has shown signs of further weakness,” the fund said in its quarterly revision of economic forecasts.

“Financial market and sovereign stress in the euro-area periphery have ratcheted up,” it said, while growth has fallen below expectations in a number of major emerging-market economies.

It pointed to renewed deterioration in the markets for European sovereign debt as a sign that eurozone leaders need to move fast on pledged reforms.

“It is that the vicious circle in Spain and Italy becomes stronger, that output falls even more than it does, that one of these countries loses its financial access to markets,” he told reporters.

“The implications of such an event could easily derail the world recovery.”

The IMF also singled out the overhanging risk from US political stasis that could send the country over a “fiscal cliff” due to laws that, if not changed, will force massive government spending cuts coupled with automatic tax hikes on January 1 that would severely crunch the world’s largest economy.

“Avoiding the fiscal cliff, promptly raising the debt ceiling, and developing a medium-term fiscal plan are of the essence,” the global crisis lender said in recommendations for the United States.

After forecasting in April that the global economy would expand by 3.5 percent this year, the IMF said it had cut 0.1 percent off the forecast, but that the number remained at 3.5 percent because of rounding.

The change in the worldwide outlook mainly came from sharp cuts to growth forecasts for the large emerging economies like China, India, Brazil and newly industrialized Asia.

But in addition the IMF saw slower-than-expected growth in the United States, Britain and France, among the major industrialized nations.

The US forecast dropped 0.1 point to 2.0 percent; France was down 0.1 to 0.3 percent; and Britain was projected to grow at just 0.2 percent, compared with 0.8 percent forecast three months ago.

The bank also said Spain’s recession would persist through 2013, after having forecast in April that the country’s economy would return to growth next year.

On the bright side, forecasts for this year for Germany and Japan were revised higher — to 1.0 percent and 2.4 percent, respectively, though the 2013 prediction for each was also trimmed slightly.

Also getting an upgrade was the Middle East and North Africa region, much of which has been struggling through deep political turmoil in the past two years.

The IMF said the region would grow about 5.5 percent this year, much better than the 4.2 percent predicted in April.

The IMF said that major economies were making progress on cutting their fiscal deficit burdens, but that doing so remained hampered by more volatility and risk aversion in debt markets, which have sent the borrowing costs of the troubled eurozone periphery countries skyrocketing.

The global lender reiterated its prescriptions of recent months: short-term fiscal balance targets for troubled economies like Spain and Italy can be de-emphasized to allow for growth while more focus is placed on medium-term adjustments and reforms.

“A steady pace of adjustment focused on the measures to be implemented rather than on headline deficit targets is preferable, especially in light of heightened downside risks to the outlook.”

Moreover, the IMF suggested, the political stress of too much austerity — set to meet fiscal targets — could backfire in countries with IMF or IMF-linked bailout programs, like Ireland, Portugal and Spain.

“The recent deterioration in the political and economic climate in Greece serves as a warning about the potential onset of ‘adjustment fatigue,’ which remains a threat to continued program implementation.”