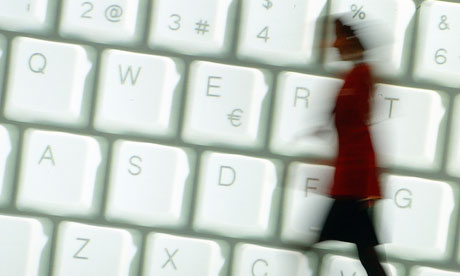 Information technology (IT) experts have said that the IT sector in Egypt has not significantly contributed to the national economy because the government has neglected its principle components.

The sector has played an important role in other developing economies such as in India, Malaysia, and Brazil.

The experts viewed the Ministry of Communications and Information Technology (MCIT)’s plans as a positive step, but said that they are predicated on non-tradition methods of implementation.

Essam Al-Kalzah, the Executive Director of Al-Offoq (meaning ‘the horizon’ in Arabic), said that taking advantage of opportunities in the emerging African IT market is one of the most important priorities in the coming period.

He noted that large IT companies have already started to enter the African market, adding that the domestic market is producing IT at a snail’s pace compared to other Arab and global economies.

Al-Kalzah stated that call centres and outsourcing projects are the two areas most suitable for development in the Egyptian IT sector, provided that they receive the required support.

He noted that the services must be provided directly to the public and not to a specific sector of society.

Technology is not being used efficiently to improve government services in the health and education sectors as it has in other countries.

Al-Kalzah explained that private companies and young entrepreneurs have much to offer the national economy, but that they must be able to overcome government obstacles.

He pointed out that government contracts often go to large companies rather than small private sector companies or young entrepreneurs.

Al-Kalzah called on the new cabinet to make it easier for small entrepreneurial companies to win government contracts, saying that the government should be more open to drawing on the strengths of the industry instead of dictating its needs.

He added that targeting the African IT market, especially the Libyan market, is a priority, warning that any delay in announcing the new cabinet will have a significant negative impact on the sector and result in delays in several government projects.

Hamdy Al-Leithy, President of the Board of Directors with Linatel, said that the Egyptian IT sector is growing slowly because of the lack of political stability and the delay in announcing the new cabinet.

He noted that legal reform was one of the most important requirements of the coming period that still being neglected; pointing out that proper reform will lead to more investment.

Al-Leithy said that allowing a fourth mobile phone provider into the market and beginning a broadband initiative are among the overlooked reform opportunities.

In addition, he said, the government is neglecting to encourage innovation and to support small and medium sized enterprises.

He noted that the sector is in need of large national projects to which IT companies can contribute, noting that developing the traffic system is one such project.

Khalil Hassan Khalil, President of the IT Division of the Federation of Egyptian Chambers of Commerce, said that call centres and outsourcing were among the fastest growing IT fields in the previous period.

However, he expressed frustration that computer manufacturing is being marginalized despite computers being the foundation of IT and telecommunications.

Khalil added that the forthcoming government is inheriting a number of promising opportunities, stressing that the government should concentrate on legislation that protects investors.

The telecommunications and IT sector is in need of economic and political stability before the announcement of the new cabinet.

Khalid Rabie, Deputy CEO of Ericsson in the Middle East and North Africa, said that the domestic IT market was moving slowly, especially given the fact that the government continues to disregard a number of important reforms such as mobile money transfers and licensing.

Rabie emphasised that the broadband initiative is extremely important, noting that the project will give rise to a number of other improvements to the Egyptian IT sector.