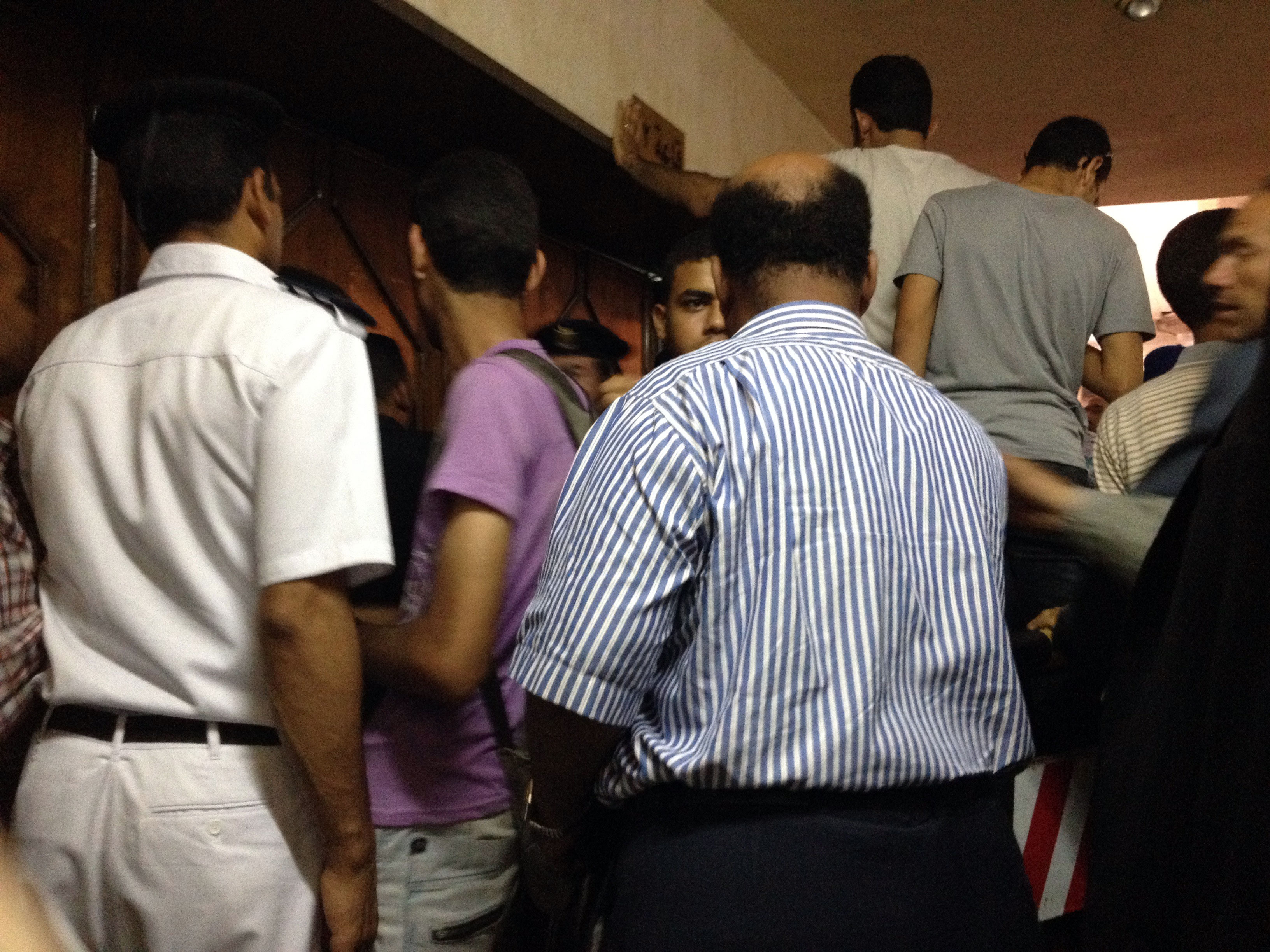 A breakdown in judicial order led to courtroom chaos at the Administrative Judiciary Court of the State Council on Tuesday as it postponed rulings for several high profile cases regarding the dissolution of the Constituent Assembly and the cancelling of the Supreme Council of Armed Forces’ Supplementary Constitutional Decree.

Muslim Brotherhood lawyers petitioned for a change of judges regarding the Constituent Assembly case as it had been the same bench who dissolved the previous assembly.

The court postponed the rulings on the Constituent Assembly and the Supplementary Constitutional Decree to Thursday, when it will decide on whether or not to transfer the assembly case to another bench.

It also ruled to transfer the cases of and the dissolution of the Shura Council and the People’s Assembly to the State Commissioner’s Authority which will write reports on the case to help the court make a ruling.

The rulings were not read by the judges who instead sent a court clerk to read the list out to a court room full of hundreds of Muslim Brotherhood supporters and protesters while thousands more gathered outside the building, complete with a stage and a microphone.

The protesters waited hours for a verdict, occasionally chanting “oh judges, fear none but God” and “down with military rule.”

The breakdown in order led to a number of false positive rulings, including a point in the day when a court clerk said the Constituent Assembly case was postponed until September 1. It was not.  Throughout the day, between fights and shoving matches, the lights went on and off in the hall the cases were being held in.

That was the second hall to host the cases on Tuesday. The cases were initially held in court room 11, the regular court room for such cases.

Judges set to rule on the cases lost control of the courtroom, however, as crowds packed the hearing room chanting against the judges, lawyers and members of the media. The day began with the judges in the case telling the packed hearing hall to display “Islamic morals” as they chanted “no god but Allah.”

The judge told the angry crowd gathered in courtroom 11 that he would not defend himself in the wake of media smears, and called on other judges to “stop media appearances.” Angry court observers along with chanting Islamic slogans targeted those who differed with them with rallying cries of “the felool are here.” Felool is a derogatory term for sympathisers or former members of the Hosni Mubarak regime.

“I call on the youth in the hall,” the judge said. “If you hear me you will calm down. No one can affect court decisions.”

At one point duelling chants rang out in the courtroom and hallways of the State Council building, with one group of protesters yelling “down with the Murshid’s (Muslim Brotherhood General Guide) rule,” to the response from others of “the felool are here.”

Losing control of the room, the judges adjourned the case. As the crowds waiting for them to come back, they suddenly discovered that the case had been secretly transferred to court room 12, with the door locked shut.

Access was granted only to limited number of lawyers and the Al-Jazeera Mubashir Misr camera crew. Once they got wind of it, the crowd of reporters, lawyers and Muslim Brotherhood supporters gathered outside courtroom 12 and started banging on the doors, demanding to be let in.

The case was adjourned again for deliberations and the ruling was made several hours later, during which Muslim Brotherhood supporters camped inside the courtroom. They chanted “We don’t want a constitutional decree, we want a presidential decision” and “Oh Tantawi (SCAF chairman) tell the truth, is Morsy not your president?”

The ruling was finally read out by a clerk as the crowds shouted, demanding an appearance by the judge himself. Their demands were unanswered.

Tensions surrounds the court proceedings because of the critical nature of the Constituent Assembly, the body tasked with drafting the nation’s new constitution. If it is dissolved it would be the second Constituent Assembly dissolved for the same reason: having a membership which includes members from the upper house of parliament, the Shura Council.

According to the supplementary constitutional decree, SCAF would appoint the replacement Constituent Assembly as opposed to the previous two assemblies whose members were elected by parliament.

The assembly had been in recent works holding session nearly daily to draft several critical and controversial articles, including the articles defining the nation’s relationship to religion and God.