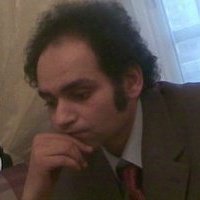 Morsi faced a problem from the first day of his presidency concerning the remit of his authority and the fact that this authority is undermined by the constitutional amendments giving legislative power to the SCAF. A similar problem faced the SCAF with growing antagonism against its hunger to monopolise legislative authority. Therefore, both sides faced the same problem, blunt facts that deny their claims: Morsy’s claims of legitimate uncensored authority and SCAF’s claims of neutral and uninvolved implementation of democratic transition. Morsy’s decision to restore the parliament served to solve this problem and benefit both sides.

Morsy issued a presidential decree proving that he has the sufficient authority to challenge SCAF’s decision to monopolise legislation. He managed through this decision to adopt the image of a president who is unwilling to be controlled by the military council, a president acting in the name of his elected authority. Meanwhile, SCAF issued a statement stressing the fact that it assumed control of legislative authority due to a specific political context (the absence of parliament due to SCC’s ruling) and that it will remain to be the guarantor of legitimacy and public will. SCAF’s statement aimed to prove that securing legislative authority was not a power hungry move, but rather a political necessity.

The mutual benefit to both sides rules out the open confrontation rationale that was dominant last week. If restoring the Parliament were meant to signal confrontation, it would have entailed one of two things, revolutionary measures or vulgar Muslim Brotherhood domination. If Morsy restored the Parliament to exhibit his revolutionary tendencies, he would have had to take complementary revolutionary measures like releasing civilians found guilty by military tribunals or having revolutionary courts for Hosni Mubarak and his entourage. On the other hand, if the restoration of parliament was merely a move to directly benefit the Muslim Brotherhood, a new government and new municipal governance would have preceded it with the Brotherhood securing a majority. And in both cases, easy and instant compliance to the SCC’s reassurance of its ruling would not have taken place. Therefore, restoring the parliament was rather a manoeuvre meant to benefit allied partners instead of instigating confrontation between rivals.

Meanwhile, the group that seems to have lost the most out of this maneuver is the group comprised of the secular opposition which has been further divided. Perhaps the extent of institutional division was not massive since most significant parties were against restoration, but individual defections from the ranks of these parties did take place. Moreover, being for or against the restoration of parliament has set off a new process of naming and labelling whereby those for the restoration were labeled pro-brotherhood and those against were labelled pro-SCAF. In other words, a lose-lose division for the secular forces who are in desperate need of cohesion before any upcoming parliamentary or municipal election.

The 24-hour parliament resurrection was a direct benefit to both the Brotherhood and the SCAF, and a long-term dividing factor to the already divided secular opposition forces in Egypt.