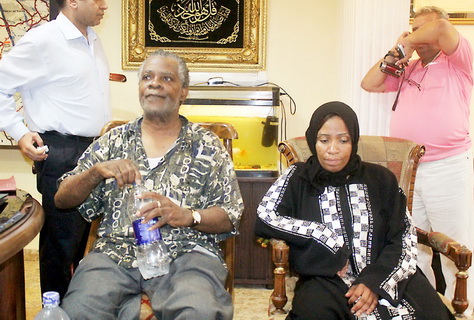 The two American tourists and their Egyptian guide who were taken hostage last week in Egypt’s Sinai Peninsula released on Monday. The Bedouin who had kidnapped the three, Jirmy Abu-Masuh, was not after money; he wanted his uncle freed from jail. Abu-Masuh had told Daily News Egypt that he would not harm them, and that their fate was intertwined with that of his uncle.

Michael Louis, a 61 year old pastor, Lissa Alphonse, 39, and Haytham Ragab, 28, were handed over to security officials close to the northern Sinai city of El-Arish after negotiators promised the authorities would be working on his uncle’s release. Abu-Masuh’s uncle was arrested and charged with drug trafficking, amongst other things.

The Sinai Region has fallen victim to various geo-political struggles. Israel controlled the region from 1967 until the October War in 1973 where Egypt and Syria crossed the ceasefire lines into the Sinai. After Egypt and Israel signed the Camp David accord in 1979, the Sinai became a largely demilitarised zone, leading to a severe security vacuum in the region.

To the Bedouins their struggle for recognition from Cairo, combined with their disagreement in regards to many of the issues in the Camp David agreement, has left them disaffected. During the Mubarak era, the Bedouins were largely ignored by the government and were rarely included in their Sinai development projects. Combining their discontent with Cairo and the security vacuum in the region, many Bedouins have taken to illegal activities such as weapon and drug trafficking and kidnapping.

Attacks on the Egypt-Israeli pipelines are also a common occurrence. The attacks on the pipelines are usually motivated by what many Egyptians see as an unfair trade agreement that Egypt was forced to sign with Israel as a caveat to the Camp David accord.

While the crimes such as kidnapping attributed largely to Bedouins in the Sinai are nothing new, there has been a surge in such activities. This in turn has had a negative effect on tourism in the area. Joseph Nezir, the owner of King Safari Dahab and Branch Manager for Bright Star Tours, expressed his opinion in regards to the effect kidnapping has on the tourism industry. “Tourism dropped by 50 percent or so in the region because of the revolution,” Nezir said. “We struggled but it was manageable.” Kidnapping, he believes, can be disastrous for a company in the short term. With the current state of affairs in Egypt, and tourism still so low, Nezir believes kidnapping could “destroy a company” if it is not handled properly.