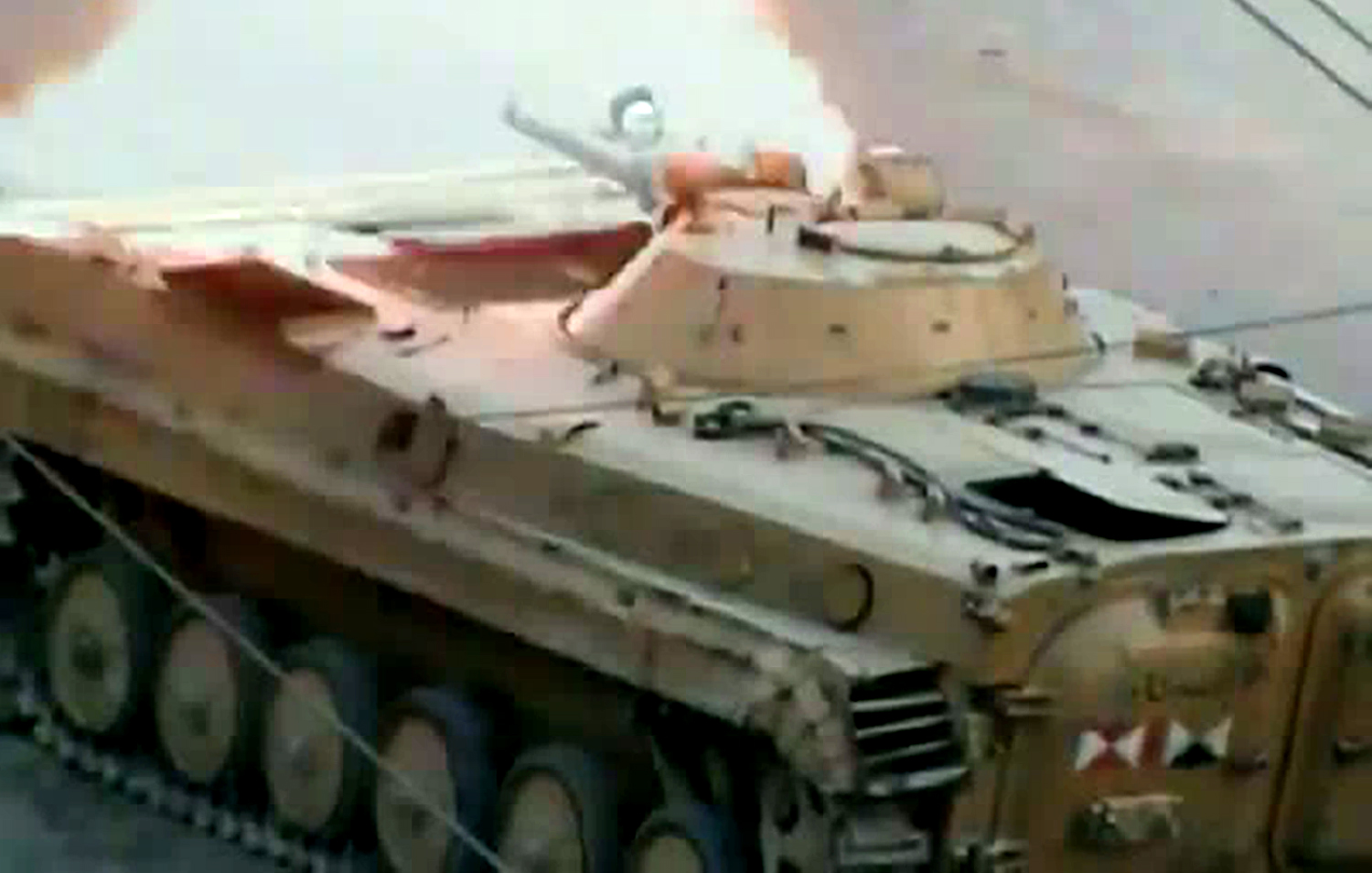 In a series of coordinated bombings in Damascus only a few hours ago, the Bashar Al-Assad regime lost several of its highest ranking defense and military officials in attacks, as the third day of a pitched battle between the regime and rebel forces raged on.

The Syrian Minister of Information Omran Zoabi said Syria had “only used 8 percent of its military human resources and could easily deploy 3-4 million soldiers and reserves at any time.” He also denied reports of an attack at the headquarters’ of Maher Al-Assad’s elite 4th Division and that they still hold an arsenal that they have not yet unleashed on “internal fighters” but are currently directed at Israel.

Syrian state TV reported on Wednesday at noon the death of the Syrian defense minister, General Dawoud Rajiha in a “suicide bombing” on a national security home building, also reported by Syrian state TV. Fahd Jassem Al-Freij has been appointed Syrian Defence Minister according to the Lebanese newspaper Al-Akhbar.

The attack that killed Rajiha came while a meeting between government ministers and heads of security agencies was taking place in the building. Several other casualties were reported alongside the deceased defense minister, some of them gravely injured. According to Hezbollah’s al-Manar TV, President Al-Assad’s brother-in-law, Assef Shawkat, also died in hospital after being wounded in the attack, while the minister of interior has been gravely wounded.

Both Shawkat and Rajiha were previously reported to have been killed back in May.
But this time, both killings have been confirmed by Syrian state TV, which could be translated as an official declaration of defeat.

“They can’t hide it.” Dr Radwan Ziadeh, senior Fellow at the United States Institute of Peace in Washington D.C, and Fellow at the Institute for Social Policy and Understanding (ISPU) in Washington D.C who has been documenting all human rights violations in Syria since the beginning of the uprising, told the Daily News Egypt in a phone interview, commenting on the Syrian state TV’s report. “Everyone knows that the crisis management cell has been attacked.”
Liwa Al-Islam, a Syrian jihadist rebel group, claimed responsibility for the attack on its Facebook page.

“We are happy to inform the people of Al-Sham (Syria,) and especially those residing the capital, that the National Security office – which hosts the crisis-management cell – has been gratefully targeted by a bomb fired by ‘Sayed Al-Shohada’a’ battalion, from Liwa Al-Islam.”

The western bloc in Security Council has drafted a resolution which shall renew the mission for an extra 45 days, yet which also calls for considering the imposition of sanctions on the Syrian regimes under chapter VII of the UN charter, provided that the Syrian regime doesn’t withdraw heavy weaponry from the Syrian cities within the next ten days.

Two previous resolutions hinting on imposing sanctions have been previously vetoed by Russia – a major Assad ally – and China. Russia has its own draft resolution, which extends the mission to three months, yet doesn’t reference any international action whatsoever.

Nevertheless, with the quick developments unfolding by the minute on Damascus ground, it’s doubtful whether any agreements reached by the Security Council would be of any relevance in the next few hours, if there shall be any agreements.

“The Syrian people don’t rely on the Security Council anymore.” Dr Ziadeh said. He added that the latest attack is a huge achievement for the Free Syrian Army which might show that they have taken matters into their own hands.