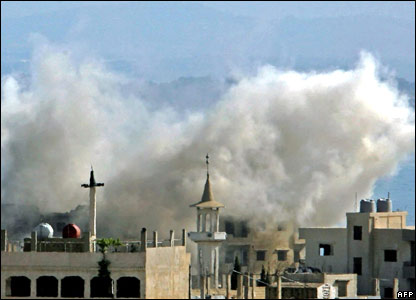 Five years after clashes in a Palestinian refugee camp in Lebanon led to the death of hundreds of civilians and soldiers, a judge recommended the death penalty for 88 people charged with involvement in the clashes, the Associated Press reported.

Judge Ghassan Oueidat recommended the death penalty in a 447-page indictment. The 88 are accused of targeting the internal security of the state through funding and carrying out terrorist activities, as well as purposely targeting Lebanese Army officers, soldiers and civilians.

Another crime they face charges for is the undermining of the state’s prestige. Aside from the 88, Oueidat also issued arrest warrants for 222 suspects still at large, and 3 to 15 years’ worth of hard labour for 45 other suspects.

Supporters and relatives of those detained have intensified their protests in the hopes of speeding up the trial. In response to their pressure on the government, the Justice Minister Shakib Qortbawi promised them the justice system would do what they can to finalise the indictment.

Oueidat has transferred the case to the State Prosecutor’s office, which will then pass the case on to the Higher Judicial Council. He also ordered the release of 126 other prisoners, AP reported.

The 2007 clashes in the Palestinian Nahr Al-Bared refugee camp between members of Fatah al-Islam and the Lebanese Army was responsible for the deaths of roughly 400 people, including 168 soldiers.

As a result of the violence, roughly 180 Islamists have been held without charges. Fatah Al-Islam is said to be an Al-Qaeda inspired Islamic group which was created in Nahr Al-Bared in 2006. Since then, they have operated mainly in Lebanon, but are suspected of carrying out the botched German train bomb in 2006.

The group was labeled as terrorists by the US government early on in their tenure, but has since been removed from the terror watch list in 2010.