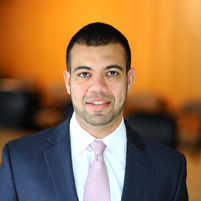 While the recent trials, court rulings, and elections have polarised many Egyptians, there is one issue where the newly elected government may find widespread support within the populace:  the recoupment of illicit funds pilfered from the country through the decades of Mubarak led corruption.

Scores of high-level officials and connected businessmen rapidly ascended the ranks of the wealthy in the previous 30 years under the former regime, starting with the deposed President Hosni Mubarak, himself, who curiously rose from modest circumstances to acquire a net worth believed to be several billion dollars, although some estimates quoted by Reuters and the Harvard International Law Journal range as high as $ 70 billion.

The potential targets of asset recovery, however, go far beyond Mubarak and include his inner-circle of officials and business elite. There is the notorious construction magnate Ahmad Ezz, who wielded his influence in obtaining concessions to form a monopoly on steel and artificially manipulate prices within the country.

Or Habeeb Al-Adly, Mubarak’s former notorious minister of the Interior, estimated to have amassed over $ 1 billion via dishonest land concessions and illegal kick-backs.

Another potential target is Hussein Salem, accused of profiting handsomely at the expense of the country by selling Israel natural gas at an artificial rate well below market in exchange for kickbacks.  Salem fled Egypt on February 3, 2011 at the height of the Egyptian revolution and ultimately had his assets frozen and was arrested in an affluent Madrid suburb in June of 2011 over charges of money laundering.

If the Egyptian government is serious about seeking to recover the assets, the time to act is now. In most cases, the decisive steps determining success or failure of recoupment of assets are taken in the very early stages, as experienced money laundering practitioners will attest to how easy it is to obscure the traces of looted assets if given ample time.

The game is simple. Financial and legal professionals are retained as gate-keepers, allowing them to rely upon confidentiality laws and professional privileges in the event of a later investigation. The professionals then set up a corporate structure based on shell corporations, often registered in offshore locations, where company registries may be unlisted or contain few details concerning the actual beneficiaries.

The corporation is then used as a vehicle to open bank accounts in jurisdictions where due diligence is not on par with international norms and the likelihood of mutual legal assistance is slim. These structures operate as a dense smoke screen for asset-tracers and the longer the Egyptian government waits, the more daunting recovery will be.

Piercing the veil to expose sham arrangements used to launder illicit funds is a very formidable task that involves the cooperation of various banks, government officials, lawyers, and public and private forensics specialists. There has been increased international cooperation to combat the problem of public corruption in international business transactions, and multiple international conventions, such as the United Nations Convention Against Corruption, have been adopted to ameliorate the problem.

Several countries have also shown a willingness to lend their assistance.  For example in 2011 Canada, in the wake of the Tunisian and Egyptian Revolutions, adopted legislation allowing for rapid seizure of corrupt foreign officials’ assets in circumstances of “internal turmoil or an uncertain political situation.” Similarly, within hours of Mubarak’s resignation, Swiss officials ordered all banks in Switzerland to search for and freeze any assets of the former President, his family, or close associates, eventually freezing millions of dollars’ of wealth.

In recent years technology also has played an important part, employing systematic and proven techniques during an investigation and constructing the money trail in cases involving stolen assets.

Many Egyptians are pessimistic as to the possibility of significant recovery of funds, believing them to be thousands of miles away, tucked away in some vault under some fictitious name, and generally out of reach.  This fear, although understandable, is not completely warranted as there are a host of international law mechanisms, many of which have been adopted in countries where money is often laundered and stored, which may permit recovery.

The launch and ultimate success of a few prominent international asset recovery cases, including Fernando Marcos, Sani Abacha and Vladimir Montesinos, has demonstrated the feasibility of the international asset recovery process and in mobilising support abroad. In this case, while much of the money is believed to have been funneled outside of Egypt, the newly-elected government can still aggressively go after the funds by employing a host of available international processes and procedures.

The World Bank identified corruption as the “single greatest obstacle to economic and social development” in the mid-1990s.

This was true in Mubarak’s Egypt, which underwent a period of economic stagnation and ultimately lost its status as the economic leader of the Middle East. The middle-class has shrunk significantly over the years and roughly 20% of Egyptians now live on less than $2 per day.

Seeking to right the wrongs committed in those years will serve the dual-purposes of not only recouping the illicit funds but also to send a signal to future potentially dishonest government officials new standards are in place and corruption will not be tolerated.  It is imperative that the government seizes this opportunity now before it’s too late.

Waleed Nassar is a member of the Egyptian American Rule of Law Association, and is an associate at Lewis Baach specializing in International Dispute Resolution and Foreign Asset Tracing