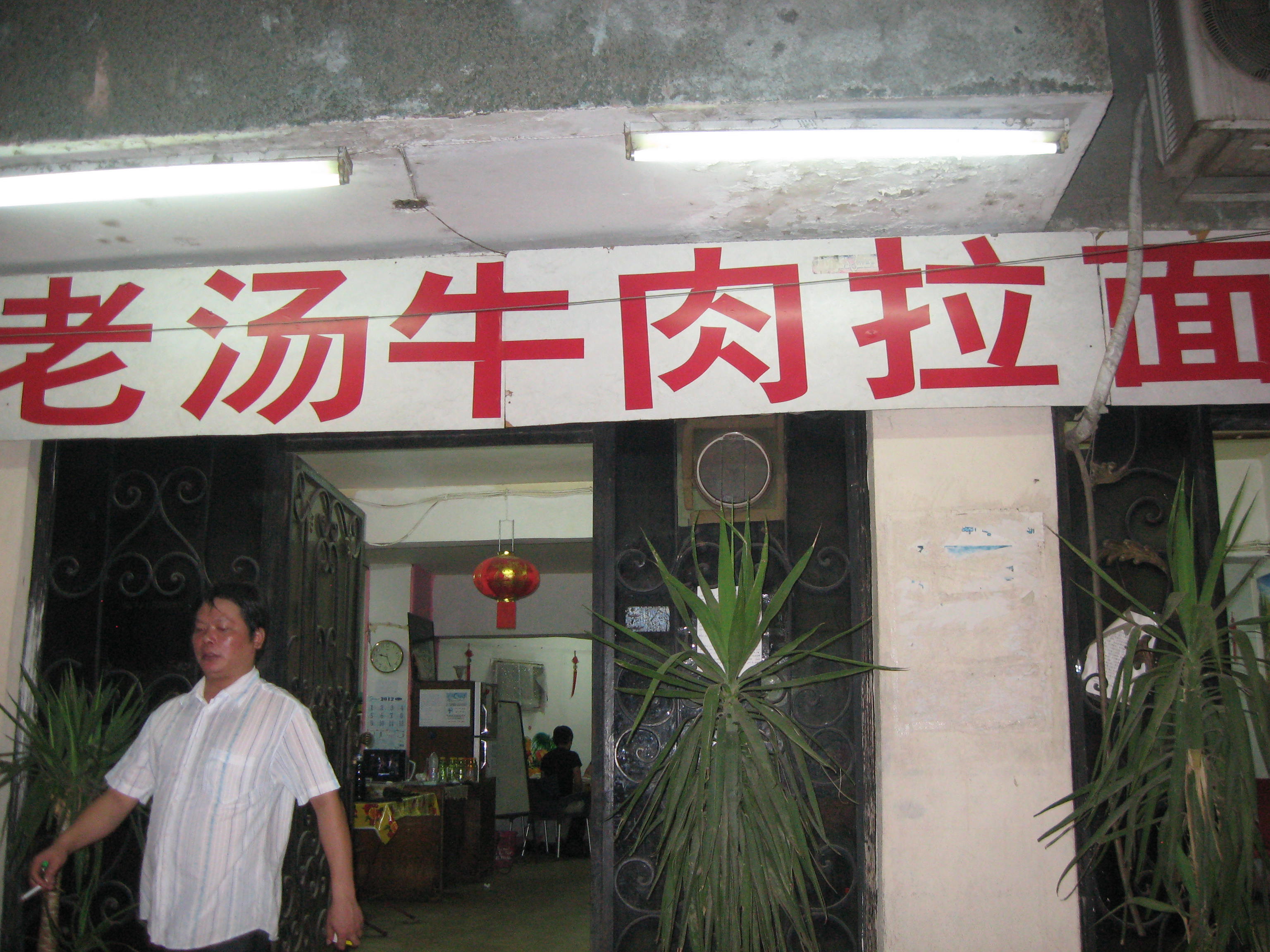 On a dark side-street in Islamic Cairo, a white sign with bright red Chinese characters beckons patrons into one of Cairo’s most authentic East Asian restaurants. The restaurant is over-lit and the walls are washed in white. But hanging Chinese decorations, the smell of steamed vegetables, and happily conversing clientele make the restaurant instantly comfortable.

One table consisted of a group of young Chinese men in Adidas, at another sat two Chinese businessmen with their suit jackets slung around the backs of the chair, and three Chinese students from Al-Azhar University shared a table and a meal. The restaurant belongs to an ethnic group from China’s far northwest called the Uyghur people.

The restaurant is near Al-Azhar because the Uyghurs are the second largest population of Chinese Muslims. For years young religious Uyghur students have come to study at the Islamic university. “The country that we today know as China did not always include the eastern parts of Central Asia,” clarified Uyghur expert Arienne Dwyer.

“China succeeded in colonising these eastern parts for good in the 17th century; these areas (now known as Xinjiang) hosted Indo-European and Central Eurasian peoples and a huge succession of religions, including animism, Zoroastrianism, Manichaenism, Nestorian Christianity, Judaism, Buddhism, Daoism and Islam. The oases of the Tarim Basin (now called southern Xinjiang) became largely Muslim between the 10th and 14th centuries.” Professor Dwyer added that the “Uyghurs feel that their culture (including language, food, and daily practices including religious practices) is under strong threat of being assimilated to more dominant cultures.”

Those in Cairo were making few sacrifices with their slice of life near Al-Azhar. Just as the sign did not bother to offer an Arabic translation, neither did the menu. But that is not to say the owners are not thoughtful. They took photo albums and filled them with pictures of every dish, so the linguistically challenged patron can still point to what they would like to eat.

The food is prepared two storefronts away and bussed over by a sweating boy who had to carefully balance every dish so as not to spill the sauce that was filled to the brim. The waitress was patient and sweet and wore a phenomenal outfit held together with a bum-bag and a see-through, glitter hijab.

The food was good, if not great. The best were the dumplings, served 25 to a plate and filled with beef and garnish inside a gooey shell. The deep fried tofu also impressed. The chicken had a lot of bones to navigate and the eggplant’s appearance was questionable, but if you are not adventurous, then Cairo’s very own Uyghur restaurant probably is not for you to begin with.