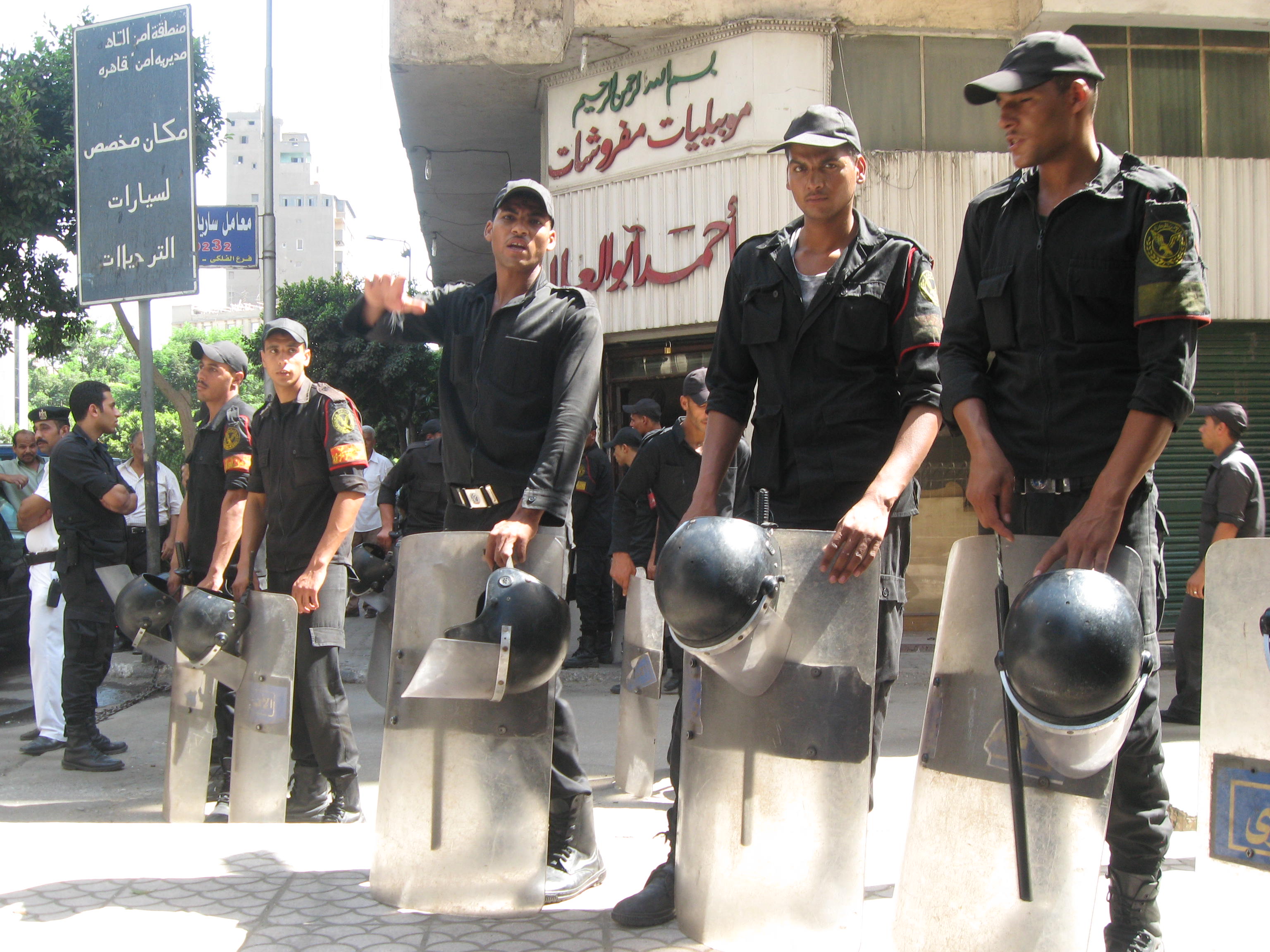 Twelve armoured personnel vehicles were parked over night Tursday outside the courthouse on Gomhoreya Street in Abdeen. Police were waiting for a Friday protest by April 6th and other groups, held in anticipation of the court appearances of 25 activists who have been imprisoned this week.
There were only a few dozen protesters, which caused activist Hania Mansour to joke, “yeah, they have one truck for each of us.”
Mansour said she was abducted near protests held outside the Syrian Embassy earlier in the week.
“They didn’t beat me. I’m a lawyer, though, and I started with that. So they just said foul words to me and told me if anybody came to see me they would be killed,” she said. One of her friends did come searching and was beaten, taken into custody, and was still in jail Friday afternoon.
Three other members from April 6th were taken off the streets on the Nile’s corniche after the Syrian protest.
“It was after the event,” said Mansour, “One army and two police, each grabbed one person. They were beaten and taken to the police station.” In addition to the four jailed April 6th activists, there are two being held from Hazemoon, and 19 others with unknown affiliations.
On Friday afternoon the protesters beat a loud drum and chanted in a circle outside the courthouse. Meanwhile, more than 100 policemen in black uniforms stood or sat on the sidewalks around them. Family members of one April 6th activist being held shouted angrily at the men standing behind the riot shields.
When asked why there seemed to be such an excessive police presence, Ahmed Amin, an unaffiliated protester, said, “they are afraid from us.”
Later in the day the April 6th members were released, according to Amal Sharaf of the April 6th Youth Team. Their release ended without complications, but they still have charges pending that will force them to return to court.