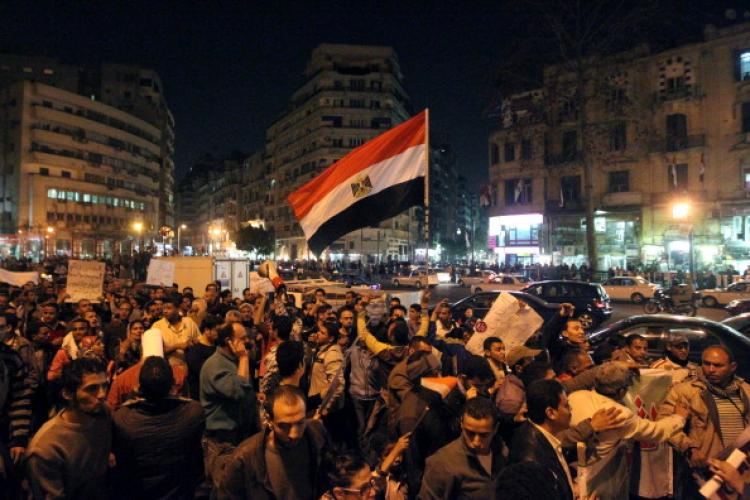 President Mohamed Morsy pardoned 572 military detainees held in military prisons Thursday night, following through on a campaign promise that was both greeted with excitement and anger as thousands still languish in military jails.

The news came after the special committee convened by President Morsy to review the cases of civilians facing military trials had sent its first report to the president’s office, recommending the release of 572 prisoners militarily detained.

Of the 572, 523 had been already sentenced with criminal verdicts, while the 47 others had committed misdemeanours. The president’s decision also included reducing the punishment of 16 other detainees; some had their verdicts reduced from life in prison to seven years.

“The president issued a pardon to all the detainees we recommended, excluding none,” Counsellor Mahmoud Fawzy, the official spokesperson of the committee, said. According to Fawzy, the committee was established to look into three main categories: civilians detained by military courts, revolutionaries detained by civilian courts and detainees who are held without any official charges.

“We started by looking into the files of those detained by military courts,” Fawzy said. “We focused on the cases similar to those who have been pardoned before; mainly consisting of detainees who are being tried for crimes which concern governmental institutions rather than other citizens. The crimes included: crippling transportation or possession of weapons.”

Most of those charged and released on Thursday night, were sentenced without proper evidence linking them to crimes.
“Our choice depended mainly on the concept of swift achievement,” Fawzy explained. “We shall launch a report whenever we have enough material to make the release of detainees as rapid as possible.”

Nevertheless, Fawzy repeatedly confirmed that this was all but the first instalment of detainees to be released, confirming that more detainees shall be released soon.

Dr. Amin Al-Mahdi, head of the committee, had announced in the committee’s first press conference last week that it has “good news for the families of those militarily detained.” Al-Mahdi promised that the news would be released during early Ramadan.

The committee had not officially begun reviewing into the files of detainees held without any official charges. Even though the Ministry of Interior as well as the Military Judiciary confirmed that no such detainees exist in prisons since the expiry of the emergency law, the National Council for Human Rights (NCHR) received complaints stating otherwise.

“The council is receiving massive amounts of complaints on a daily basis,” Hany Hussein, media coordinator at the NCHR, said, explaining it was hard proffer an exact number. Hussein said it was well over 300 complaints.

The committee had earlier announced its coordination with NCHR in its press conference held at the NCHR headquarters, citing the council’s experience in dealing with complaints as its main reason.

For its part, No Military Trials movement has decided to wait until the list of names of the detainees to be pardoned is out before issuing an official statement.

“No Military Trials is constantly calling for removing the entire mechanism of military trials altogether,” said Ragia Omran, a prominent member of the movement. “Being detained then receiving presidential pardons is not enough.”

Omran also demanded that the committee respond with more urgency and transparency. “The decision was out Thursday night,” Omran said. “Today is Saturday and we still don’t have the list of detainees to be released.”