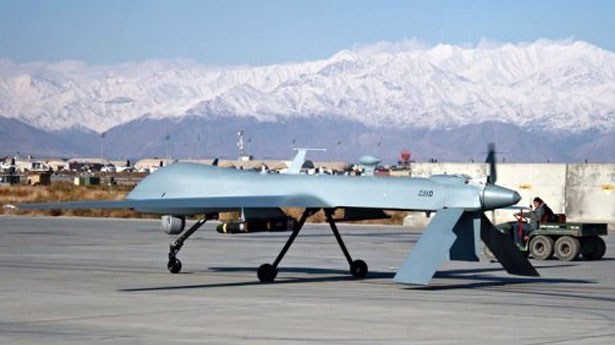 The Pentagon announced on Friday the United States is resuming aid to Yemen, including a shipment of drones, after a one-year suspension fueled by internal instability due to the Arab Spring, according to the Associated Press.

The $112 million worth of aid would mainly supply Yemen with military equipment as well as counterterrorism improvement equipment. The US will similarly place ‘advisers’ back on the ground in Yemen.

According to Bloomberg news, the United States Defense Secretary Leon Panetta wrote a letter to the congressional defense committee in early July, requesting the resumption of aid to Yemen, explaining that the equipment “will help build the capacity of Yemen’s military forces to conduct counter-terrorism operations.”

Being centre to Al Qaeda in the Arabian Peninsula (AQIP) – one of the strongest wings, if not the strongest, of Al Qaeda terrorist organisation – the United States sees that maintaining security in Yemen helps in preserving its national security. The Arab state has been receiving funds and security assistance from the United States worth $326 million since 2006, according to the Associated Press.

The latest round of aid to Yemen includes the purchasing of drones for the Yemeni military. The United States has launched continuous drone strikes in Yemen, which has been highly controversial.

Capable of targeting and killing United States enemies via unmanned air-crafts, military officials have relished in deploying drones in some of the most difficult to reach terrain of Pakistan, Afghanistan and with more frequency, Yemen. Nevertheless, the US administration has been under fire by opponents over the use of drones and the civilian casualties left in their wake.

The Centre for Constitutional Rights and the American Civil Liberties Union, an American civil rights group, has filed a law suit in Washington against Panetta, CIA Director David Petraeus as well as other top Department of Defense and CIA officials, according to the Associated Press.

The suit was filed with collaboration with the families of three American citizens killed by drone strikes in Yemen during last September and October. The three drone-victims are Cleric Anwar Al-Awlaki, his son Abdulrahman and Samir Khan.

Anwar Al-Awlaki was considered a key-leader of AQAP whose death was a huge victory for United States. He was linked to several bombing attack attempts, which targeted the United States in 2009 and 2010. He was similarly referred to by President Barrack Obama as “the leader of external operations” for AQAP.

Torn by several internal conflicts, Yemen has been suffering from an expansion of militant activity for over a year now. The February 2011 uprising against ex-Yemeni President Ali Abdullah Saleh distracted Yemeni authorities from fighting AQAP.