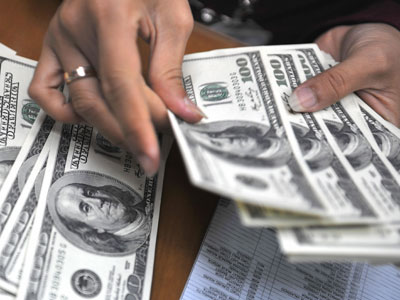 Bankers, members of the group Central Accounting Apparatus Observers Against Corruption (CAAOAC), and President Mohamed Morsy will hold a meeting within days in order to discuss corruption in the banking sector.

Bankers and members of the CAAOAC will deliver a memorandum to the President that contains a Central Accounting Apparatus’ (CAA) report on the performance of the banking sector for the fiscal year that ended in June 2010.

According to the report, the CBE held capital equal to EGP 4 billion at the end of June 2010 with a budget of EGP 402.6 billion.

Reserves equalled EGP 127.6 billion at the end of the financial year endeding in June 2009.

The report criticised the CBE as well as the NBE for going over budget on a monthly basis.

The NBE makes payments and collects revenues on behalf of the government.

The CAA report indicated that the government covered the deficit in the 2009-2010 fiscal year by relying on open account debt.

The government overspent by 10% of average revenues in the state’s budget during the last three years, a total of EGP 23.3bn.

The report also indicated that Syria owes EGP 25million and that there are still suspended financial claims between the CBE and the Central Bank of Syria.

The CAA urged that Egyptian government increase its efforts to arrive at settlements for the debt.

Government expenditures from the 2009-2010 fiscal year, which equalled EGP 96.5million, were excluded from the report.

The amount represents the price difference of interbank spending, the result of foreign currency selling by the Arab African International Bank and the Suez Canal Bank between July 1, 2009 and September 30, 2010.

The currency was sold below the rate listed by the CBE during the same transaction period.

The CAA criticised the CBE’s Board of Directors for not approving the 2010-2011 budget until September 2010, a violation of article 20 the CBE law.

The article stipulates that the budget must be approved at least three months before the beginning of the new financial year.

The article states that the CBE receives compensation for the banking services it provides to the government according to listed prices.

The loans were a violation of Article 61 of Law No. 88 which prohibits public credit for members of the CBE’s Board of Directors.

The CAA has not yet been provided with documentation concerning internal oversight and investigations for the 2009-2010 period, particularly in regards to the Egyptian mint.

CAA officials said they did not know the results of an internal CBE investigation from May 2010, nor were the aware of steps taken by the CBE to ensure complete compliance with all regulations.

An inspection of the NBE’s credit facilities revealed that only 20 clients held 42.8% of the bank’s credit portfolio, or EGP 44.2million.

The report also accused the NBE of violating CBE decisions regarding article 71 of Law No. 88 which prohibits the bank from offering credit equal to more than 20% of the bank’s capital base to a sole customer.

The CAA found that the bank’s loans to five clients exceeded the mentioned amount.

The report indicated that one client’s credit at the end of 2010 reached EGP 1.323billion in loans to finance a gas line from Arish to Askalon in Israel.