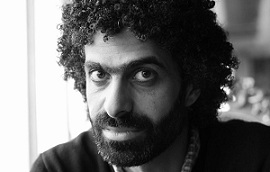 Women are always to blame for whatever happens to them, in almost every culture and religion. Of course! Why not? Aren’t most religions of the world interpreted by men?!

The express solution of covering up, offered directly to one’s face, can have a peculiar impact on the receiver. It can in some circumstances distract from the whole issue of sexual violence against women, focusing attention on the speaker himself. What kind of life and background does he have to cause him to believe such a thing? It is of importance to understand and analyze the person, and whatever personal development led to such a clear and confident solution in his mind.

The last debate on sexual violence I engaged in took place on my Facebook wall, after I shared some tips for women on how to physically defend themselves if assaulted in the street.

Comments and reactions were normal, ranging from liking to disliking. Nothing much said was new and all was fine and enriching, until an old and good friend who I haven’t seen for more than ten years and who I’d always considered to be a knowledgeable person and a liberal moderate, commented on my post. Very briefly and very confidently, he stated, “The solution is very easy: cover up.”

The argument then got very interesting and people started listing reasons why such a solution is unfair. Some approached the matter from a personal rights angle, others from a religious one. Agreed-upon concepts of freedom and privacy were cited, and Quranic verses were referred to, highlighting that Islam grants people’s safety and the issue of what is known in the Hadeeths as ‘road’s right’, whereby a person should not violate other’s privacy. Many interesting, well-thought out and diverse comments were kindly provided to my old friend.

Well, none of this had the desired effect. He became increasingly offensive and started to insult those who disagreed with him. Not mentioning the insults, here was one of his thoughts: “The problem in Egypt is simply a lot of ladies walking in the street half-naked […] they arouse those young sexually deprived boys. Those youngsters get [so] easily hyped up that sometimes [even] when there is someone dressed properly walking by, they still harass. As they say, do not ask for attention, if you cannot deal with it.”

What is more interesting than all of the above, what should cause one to puzzle and wonder about cultural difference and backgrounds again, is that this friend is not some uneducated, illiterate man residing in a remote Egyptian village. The person in question, who used to be my friend before the debate erupted, is a very well-educated Egyptian-American living in New York.