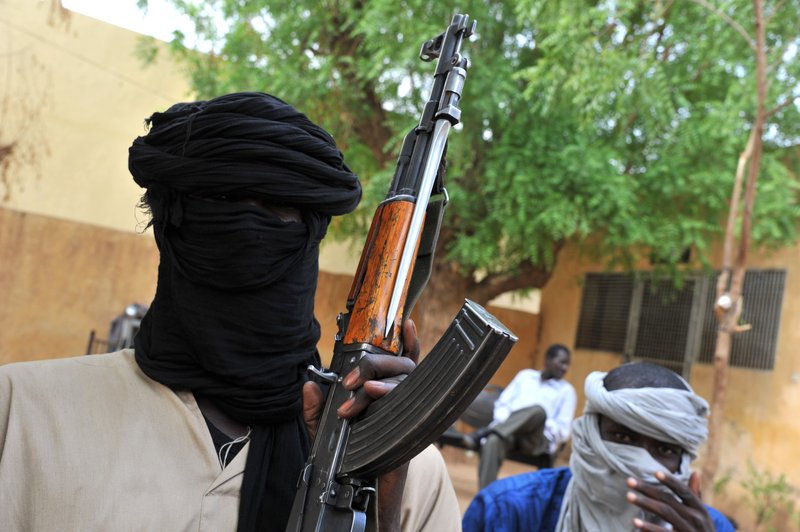 In an effort to combat the rising force of the Islamists militants in northern Mali, Six Mali self-defence groups have banded together to take the fight to their doorstep. The newly formed coalition is calling themselves the Patriotic Forces of Resistance (FPR). “Our six movements have together gathered thousands of men. Some are now undergoing training at our bases in Sevare,” a central Mali town, one of the FPR leaders, Harouna Toure, told AFP.

According to a document signed by representatives of all six groups, their aim is “to liberate the north of Mali, to unite the resistance forces.” AFP has confirmed that several, possibly hundreds, of young volunteers are currently being trained to combat the northern Islamist presence which has sparked fears of a possible safe haven for religious extremism in Africa.
The Islamists forces came to prominence in the region after the military coup that took place in March, leaving the country in disarray and providing the Tuareg-assisted Islamist rebels the opportunity to sweep through the unprotected region. Since their take-over of Northern Mali, the ethnic separatist Tuareg group has been largely side-lined by the various Islamist groups who now control the region and apply harsh Islamic rule.
There are various groups in the region, each controlling their own spaces and applying their own brand of justice. One such group is the Ansar Dine, the Defenders of Faith, which have occupied the iconic city of Timbuktu. Ansar Dine applies their own rule of law, whipping unmarried couples, smokers and drinkers whilst also destroying ancient heritage shrines because they represent idolatry.
The FPR was created out of a necessity that many people in Mali felt must be dealt with. With the current absence of stable government and law enforcement, the group has taken it upon themselves to deal out the nation’s justice. “We will go with or without the Mali army,” said Amadou Abdoulaye Cisse, leader of one of the six groups adding, “we will defend our territory, and our besieged relatives.”

The African Union has also been seeking the support from the United Nations, hoping that the Security Council would vote in favour of intervention. The AU has been offering to send troops to quell the militants in northern Mali but without any clear guidelines or mission statements the UN has been hesitant to back their plan, and Mali’s military junta has understandably not been open to the idea of foreign troops exerting influence in the country they recently overthrew.