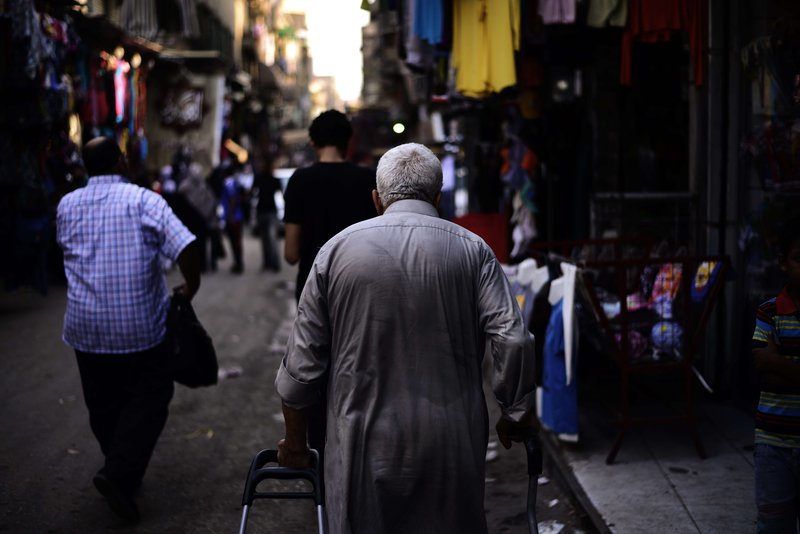 Recent power cuts across many Egyptian governorates, including Cairo, have driven many frustrated civilians to protest inadequate infrastructure. Many of the protesters have also threatened to not pay their electricity bills until this issue can be resolved.

In Sohag, protesters clashed with army and police forces as the residents tried to set up blockades on roads whilst also attempting to storm the department of electricity. In Cairo, a series of night-time power cuts have led to various reports of shops being looted overnight in the district of Shubra.
The Minister of Electricity, Hassan Younis, held several meetings to address the issue and declared a state of emergency, especially in peak times. According to him, the government policy at this point in time is to ration power consumption.
In the northern city of Desouk, a large group of roughly 100 people blocked off a railroad on Friday night, protesting the continuous power and water cuts that have plagued the city over the past ten days. The protesters accused local officials of not caring for their problems, and the manager of the drinking-water body in Desouk doesn’t reply to their calls.
Hundreds of families in the Governorate of Gharbeya held demonstrations on Friday, protesting the continuous power-cuts, on-going for over 7 hours per day, and demanding the resignation of the officials of the electricity company in Tanta.
The Chairman of the electricity company in Alexandria, AlyBakr, assured that the powercuts in Alexandria will decrease in response to the Taraweeh prayers. Bakr explained that when people leave their homes and head to the mosques for prayers, the pressure on electricity will decrease and so will the power cuts. The Muslim Brotherhood and Freedom and Justice Party (FJP) announced on Friday the establishment of a body responsible for “protecting the Alexandrian citizen” aiming at facing all the shortcoming of the state’s executive bodies.
Power-cuts are nothing new in Egypt, yet since the fall of Hosni Mubarak the number of incidents has been on the rise and often cuts in power and water turn out to be more than a minor inconvenience.
“I feel like suffocating whoever’s in charge of pressing the button,” Heba Mohamed Salah said, describing her frustration with the on-going power-cuts. Living in Agouza, Salah had to experience a painful incident due to the power-cuts. “We were bringing my grandmother back from hospital, and my grandmother is almost crippled. Just as we were moving her through the wheelchair and into the elevator, the electricity was cut. We had to beg the paramedics to carry her down the seven flights of stairs, paying them double the charge as a reward. And even after going through all that trouble, the power-cut went on for almost three hours.”
According to the spokesman of the Ministry of Electricity and Energy, Aktham Abu Al-Ela, there are two projects which were due to finish in May which would supply 1800 megawatts of electricity to Egypt once completed. “One of our projects has been delayed because residents in the area prevent workers and specialists from entering the site,” Al-Ela mentioned, adding that, “after a lot of negotiation we agreed to hire many workers from the area and resume the project.” Al-Ela went on to say he believes that the completion of both projects would effectively end the power shortages, but that thieves, who plug themselves into the grid with makeshift wiring and equipment, make the grid highly unstable. Another large problem is the widespread use of the air conditioning units. “There are millions of cheap, energy inefficient air conditioning units in the country, and it is very taxing on the power grid as well,” he concluded
“We hope to finish the two projects as soon as possible, maybe one week, but it will likely take much longer,” Al-Ela concluded.