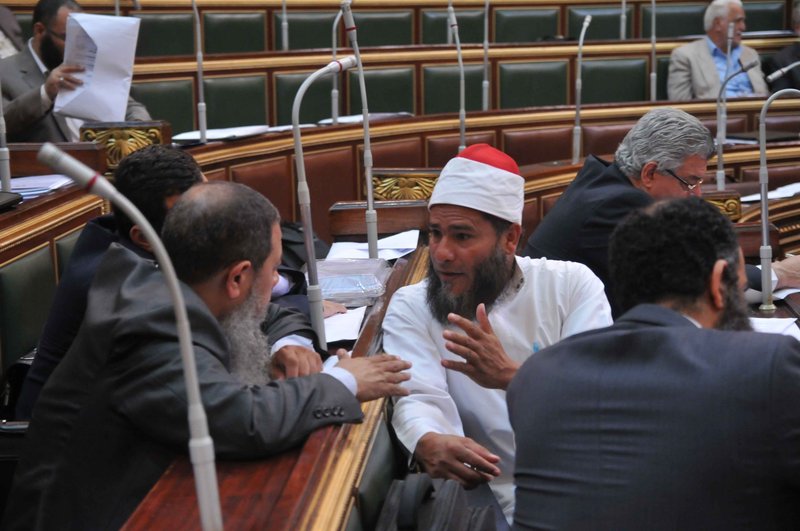 A former Salafi MP was found guilty of an “indecent sexual act”, as well as assaulting the arresting officers, an Egyptian court ruled on Saturday in his absence. State-run MENA reports that his current whereabouts are unknown.

The Salafi Noor party member was arrested in June after being found performing sexual acts in a car with a 22-year-old student who he claimed was his niece. He claimed he had pulled the car over because she felt “sick”, and that he himself had called the police officers over to ask for help.

The young woman received a six-month sentence that she can avoid serving by paying an EGP 500 fine.

According to the state-run Ahram website the guilty verdict provoked protests in the province of Al-Qalubiya that Wanis represents, where residents took to the streets and blocked the entrance to the courthouse. It also reported accusations from demonstrators claiming that the interior ministry and police had set up Wanis in order to taint the image of Islamists.

The Salafi sect stresses a strict interpretation of Islam and forbids sexual relationships outside of marriage.

Wanis has always staunchly proclaimed his innocence and repeatedly stated that these were attempts to discredit him and the Salafi movement.

Earlier this year another member of the same Salafi party was embroiled in a scandal when he attempted to explain away bandages on his face by way of an armed carjacking. It later emerged that they were actually due to a cosmetic surgical procedure he had undergone on his nose, a procedure expressly forbidden by the doctrine of the Salafi movement.