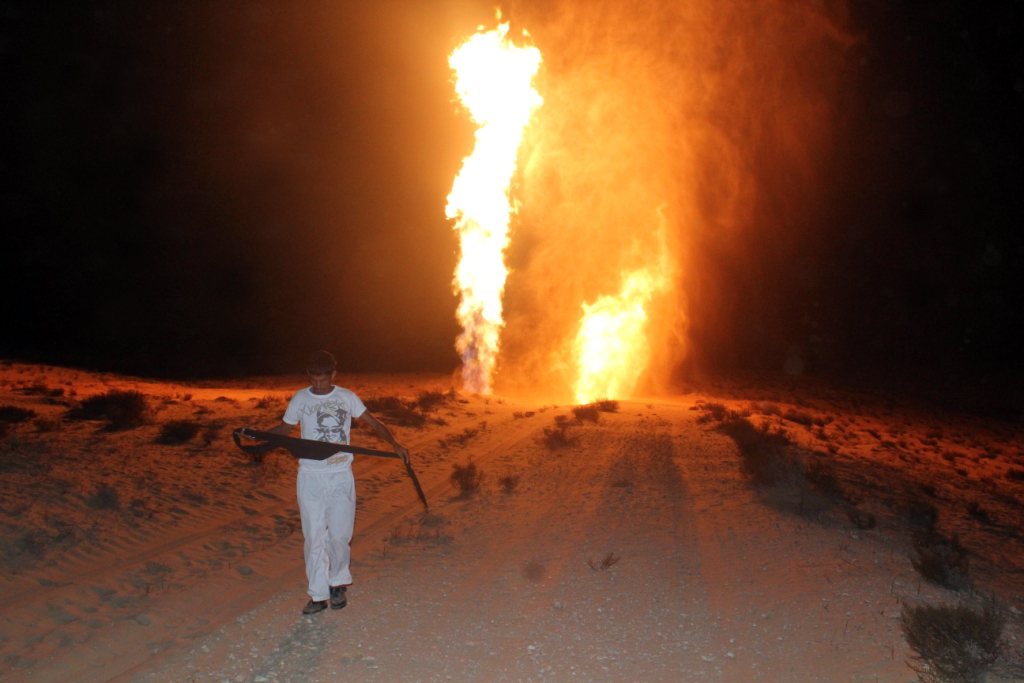 Quote: A pipeline carrying gas to Israel and Jordan was bombed on Sunday morning for the 15th time since the 2011 Revolution

A pipeline carrying gas to Israel and Jordan was bombed on Sunday morning for the 15th time since the 2011 Revolution, according to the Chinese News Agency Xinhua.

Gunmen detonated a bomb they had placed in a hole beneath the pipeline at a distance, according to Reuters. This is the same technique used for previous attacks, said Xinhua. No one has yet claimed responsibility for the repeated bombings.

The bombing did not leave any casualties but, according to Reuters, it did lead to a fire caused by the residual gas in the pipelines. Reuters also reports that three days ago gas shipments resumed to Israel and Jordan.

The incident is hardly an isolated one. On Thursday, two soldiers were shot dead in Sheik Zuwaid by unknown masked men while out on patrol. This came on the heels of the kidnapping of three hostages, one Egyptian and two Americans, who were kidnapped and released days later by Jirmy Abu-Masuh, a Sinai Bedouin.

The security situation in Sinai is unstable with tensions between Sinai’s residents and the police running high. These tensions date back to Mubarak’s era which regularly saw heavy prison terms and even execution sentences handed out to people from the Sinai arrested by security forces.

The Sinai is considered a major smuggling hub for weapons. Most of the weapons were said to be sent to Libya and Gaza. Israel has increased its security measures along the Egyptian Israeli border, installing rocket interceptors known as the Iron Dome missile defence system. Israel is also ordering the speeding up of the building of a border fence along the Egyptian-Israeli border.