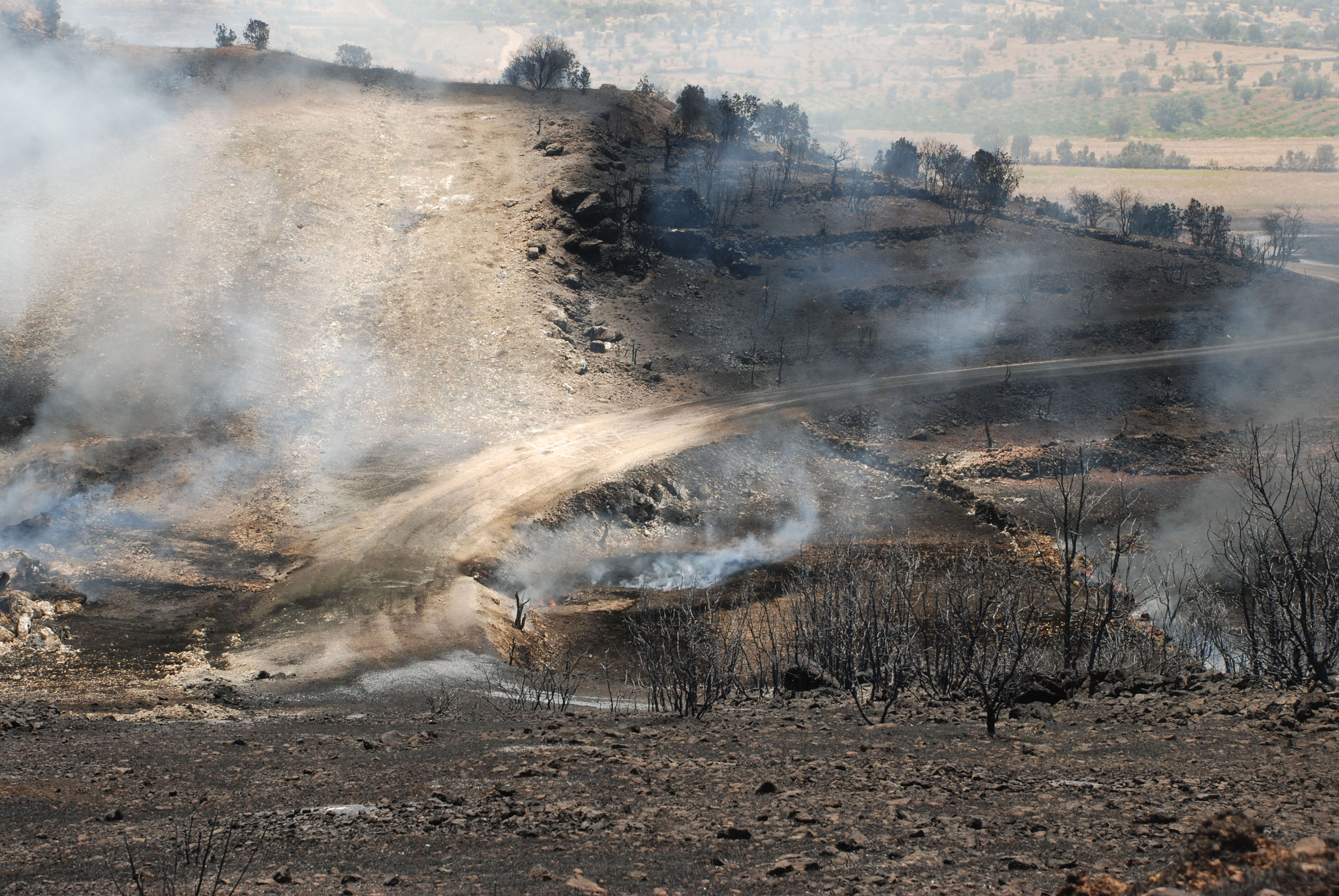 Fire-fighters in south-east Turkey battled and extinguished a fire on Saturday that threatened to cut a pipeline that carries 25 million tons of oil per year, nearly a quarter of Iraq’s oil exports, security sources said.

The fire started after an explosion struck the pipeline that runs from the Iraqi city of Kirkuk to the Turkish port of Ceyhan late on Friday, causing it, and a parallel back-up pipe, to be shut down for safety reasons. No-one was hurt in the explosion but the pipes have yet to resume activity.

“We have cut the oil flow,” said Mardin Turhan Ayvaz, the governor of the Mardin province in which the pipeline is located. “There are no deaths or injuries. Fire fighters are there on the spot.”

Turkish officials suspect sabotage, and blame the Kurdistan Workers’ Party. Known as the PKK, the party has been formally branded a terrorist organisation in recent years by the US, the European Union and NATO, as well as member countries in these organisations. The movement took up arms in 1984 to demand a separate Kurdish state. More than 45,000 people have been killed in the conflict since then.

Firat News, a website with ties to the PKK, also said the outlawed group was behind the attack.

The group has claimed responsibility for attacks on the pipeline in the past, citing a need to attack Turkey’s strategic assets.