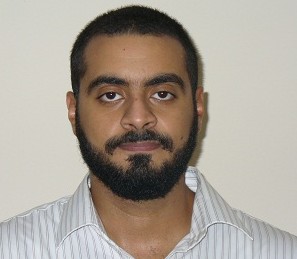 Essam Al-Eryan, a leading Muslim Brotherhood figure who also heads the Committee of Foreign Relations in the post-revolution parliament wrote on his twitter account: “Democracy, free elections, and peaceful transition of power, will change the map of the region and end Sykes Picot. The Arab citizen has become the decision maker, and Islam is the identity of the Arab nation.”

The end of Sykes Picot is a referral to the historical secret agreement of 1916 between Britain and France over dividing the Ottoman Caliphate between themselves. The agreement, and what came after it, created many of the Arab county boarders we see today, and had never existed before.

The Arab spring is transforming the region and, more specifically, Arab countries. While this transformation may seem very slow, in historical terms it is actually quite fast and laying the foundations of a new era. The Arab spring has certainly made it clear that this region is much more unified than thought. The Arab identity, with its aspirations transcended modern formatted boarders, modern nationalist identities and the authoritarian regimes which fostered them.

It was the same people, Arabs, revolting against oppression and against an undignified existence in the same geographical area, at the same historical point. While some revolutionary sparks were forming in different parts of the world, they did not harness the levels mobilisation that were seen in the Arab world and made transformative changes.
The Arab Spring is still in progress and has not stopped. Even those countries which have witnessed relative stability like Tunis, Egypt and Libya still have not consolidated a fixed regime. There are many undecided issues in those countries which still remain to be settled.

What makes the revolutions more difficult to settle in a way against Arab aspirations; are partially due constant symbolic victories that occur in these countries. From Tunisian elections, to the death of Qadafi, to Morsi’s victory, to elections in Libya and finally to a major strike by the Arab Spring; the explosion that hit the core of the Syrian regime, are all symbolic victories that inspire Arabs to continue their struggle for better conditions. Social media and media alike have shown that strong empathies exist between Arab countries and messages of congratulations, prayers and encouragement are given.

Unlike other Arab countries, Syria is still very much unstable and still has no clear path as to how it will settle its national crisis and to where that path ultimately will lead the country. There are many questions; what will the regime be like in terms of its political identity? What will be its foreign policy towards Iran, Iraq, Israel, Turkey, the U.S and Russia be like? How will this play on the militant movements in Iraq and with Hezbollah in Lebanon? How will it change the balance of power in the region? These are all major questions with seismic effects on the future of the region.

While Syria is on course of changing the world, there are still Arab countries with minor transformations that are not given enough media coverage.

In Kuwait, calls have been made to start electing the prime minister instead of his appointment by the Emir. Musallam Al-Barrak, a vocal member of parliament who previously supported the regime setting is now saying that the current situation can no longer be sustainable. Kuwait has recently witnessed, for the first time in its history, the resignation of a prime minister in the face of popular protest. There are now demands for legal and constitutional amendments that grant more representation to Kuwaitis in the political system. People of the Gulf Arab countries are watching closely and are certainly inspired to have reforms of their own.

In Jordan the discourse for reforms has stepped up, with more demands being made of the regime. For the first time, slogans demanding for the toppling of the regime have been heard. Currently opposition is boycotting the soon to be held parliamentary elections on the grounds that boycotters oppose the electoral system. Furthermore, opposition has just been calling for a national salvation government as protests continue.

Political transformations are in progress in Mauritania, Sudan and perhaps to a lesser extent in Morocco. As political conditions settle there will be more Arab multi and bilateral relations, based on a mutual identity, overwhelmingly Muslim and Arab, and mutual interests. Cooperation will intensify, not on state levels, but also at the grass roots and smaller organisational levels. As this occurs there will be less dependency on external powers as regimes are sustained by Arabs themselves as they seek relations that promote sovereignty and fair conditions, not the survival of authoritarian regimes.

Truly Arabs are living interesting times; the exact course of events is yet to unfold. For now, at least, it can be said that the Arab world of authoritarian regimes is falling and a new Arab world is on the rise.