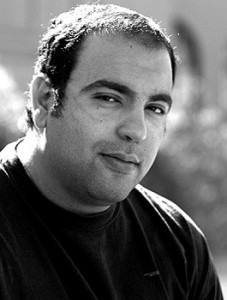 On the 60th anniversary of the July 23rd Revolution, I like to think about the man who actually made it happen: Officer Yusef Sediq. Yusef was a communist member of the Free Officers movement who actually took over the Egyptian army’s headquarters, shooting two soldiers in the process and imprisoning the army’s leadership, a full hour before Nasser and the rest of the movement started.

If you are not familiar with this man and his story, don’t blame yourself. Nasser and his compatriots made sure to erase his contribution from the official history books, partly because it would tell people how to actually stage a similar revolution, and partly because they threw Sediq in a gulag in 1954 for demanding the return of democracy to Egypt, keeping him under house arrest until he died in 1975, the same fate that befell the other believer in democracy in the 1952 revolution, General and ex-President Mohamed Naguib.

The fact that the average Egyptian doesn’t know Sediq’s story is because it’s purposefully left completely absent from the history books we learnt from at school. Actually, there isn’t much that they taught us about the 1952 revolution in our history classes, apart from that it took place, and that everyone was seemingly happy about it and its achievements, from free education to land reform and the High dam.

However, the 1952 revolution and its leaders had a huge effect on all of our lives, in ways most people don’t even imagine, and all of them were negative. So today, I will name my main issues with that revolution, and hopefully shed some light on why the participants of the January 25 Revolution believe their revolution was brought to finally end the July 23rd Revolution and the concept of military rule.

The July 23rd revolution ended democracy. One of the revolution’s first and longest-lasting achievements was the destruction of the concept of democracy in Egypt. It cancelled parliament, dissolved parties, threw anyone whom they viewed as a political threat into prison, and established the notion of strong-man rule that shouldn’t be opposed, questioned or challenged, a tradition that was continued by Nasser, Sadat and Mubarak. Even after Sadat brought back parties, they were not allowed to be anything other than an approved cartoonish opposition, a theme that Mubarak continued to cultivate throughout his 30 years in power. This is why most parties, whether created before or after the January 25 revolution, are limping and unable to establish themselves on the Egyptian political scene today.

The July 23rd revolution ended diversity. The July 23rd revolution dealt with everyone in Egypt with the paranoid and xenophobic eyes of the military, viewing everyone who isn’t their definition of a pure-blood Egyptian as a spy/traitor at worst or an unwelcome intruder at best, a mindset we still suffer from to this day. Before the 1952 revolution, Egypt was a hotbed of diversity, where people from various points of origin and religious backgrounds came here and co-existed peacefully. Once Nasser took power, he first vilified the foreigners (Italians, Greeks, whomever) who lived here and forced them to leave, then vilified the Egyptian Jewish population and also forced them to leave, a policy carried through by his predecessors as well.

Sadat was the first President to utilize a sectarian tone in Egypt, by stating that he was the Muslim President, that Egypt is officially a Muslim country, and acted upon it, which started the process of Coptic migration out of Egypt. Mubarak continued with this sentiment and the Christian Copts were vilified with Egyptian Shiites as agents of Iran. In a country where people of many faiths and origins were always welcome, the July 23rd revolution and its aftermath had one message: Sunni Muslim Egyptians are the only true Egyptians, and everyone else is a second class citizen at best.

The July 23rd revolution destroyed the arts. The 1952 revolution nationalized all film studios, music companies, recording studios, basically any means for the production or distribution of music and cinema. It made all the actors into government employees (our movie stars used to get monthly paychecks), and instructed them to make movies that were not political, offensive or dangerous to society (i.e. in opposition to their rule), which led to two decades of Egyptian cinema essentially creating the same love-story plot movie over and over again, sometimes adding a few bits of comedy, others heightening drama. But no one was allowed to create anything else until 1974, when the first private movie production company was permitted, and even then the Egyptian censorship board was there to prevent the release of any movie considered to be too daring or provocative to our military overlords. And despite how bad this all is, it is nothing compared to what they did to the music industry.

Ever wonder why the pre-Jan 25 revolution music scene was populated exclusively by pop musicians who only sang patriotic songs or love songs? Or why you have very little information about the Egyptian music before the 23rd of July revolution? Or why the stars of that era were Abdel Halim and Om Kalthoum? Or why very, very few Egyptians know about Nadra, who was the queen of Arabic music before the revolution? Well, mainly it’s due the fact that the officers decided that there is the right kind of art and the wrong kind of art, and the right kind was either patriotic or love-themed, and that they needed to create their own music stars – who were loyal to them- who would carry their messages in their songs, and completely sidelined or destroyed anyone who didn’t fit that bill.

When Om Kalthoum went and reported to the officers that Nadra was against the revolution and pro the monarchy – for recording an old historic Othman song that was written for the Othman ruler – Nadra ‘s songs were immediately banned from playing on the radio or TV, and was not allowed to record another song after that. Also, her film reel was somehow lost and in the official music history books, it is now noted that El Warda el Baydah was the first Arabic musical film, because it starred the regime-approved Mohammed Abdel Wehab. For at least twenty years, no one other than regime-approved musicians could record anything other than regime-approved love or patriotic songs, which would then be broadcast in the regime-owned Radio. The moment you hear DJ Amr Haha instead of Cairokee on the radio, that’s when you know that the radio waves have been liberated.

The July 23rd revolution ended government transparency. In the Egyptian state, there was an institution created in the days of Mohamed Aly that’s called the Hall of Records, where every piece of government issued decision or paper was archived and accessible to the public, well, up to the July 23rd revolution. Since that day, not a single piece of government paper has been submitted or archived there because the military regime believed that its affairs should be kept secret and away from public access. This not only ended government transparency, it also ended government accountability, and has kept the Egyptian people in the dark until this day as to how the affairs of their state are being run or how historic decisions – that are no longer secret – were even made.

The importance of having those documents as part of the public record could not be overstated, not only for purposes of transparency, accountability, or even academic history, but also to learn from historically bad decisions and to know our people. How insane is it that until this day we are not allowed to know the census information of Egypt, or how many Christians are there in the country? While the rest of the world was introducing freedom of information acts, some even going for open-meeting legislation that allow access to government meetings and not only records of them, our military-run government until this day resists the very notion of opening its books or archiving its documents.

The aim of the July 23rd revolutionaries was to create a strong Egyptian state, and given that they were all military men who witnessed the armies of super powers, they believed that military strength is the only way to make their country into a world power, and acted accordingly. They didn’t comprehend that the world powers were world powers not because they had advanced armies, but because their state had other foundations (social, political, cultural, economic) that made them strong and contributed to the strength of their military, and that without those foundations any state would be doomed to fail the way theirs did over and over again.

This is why the January 25th revolutionaries believe in their heart of hearts that their revolution came to end the July 23rd revolution – because the values of these two revolutions are in complete contradiction.