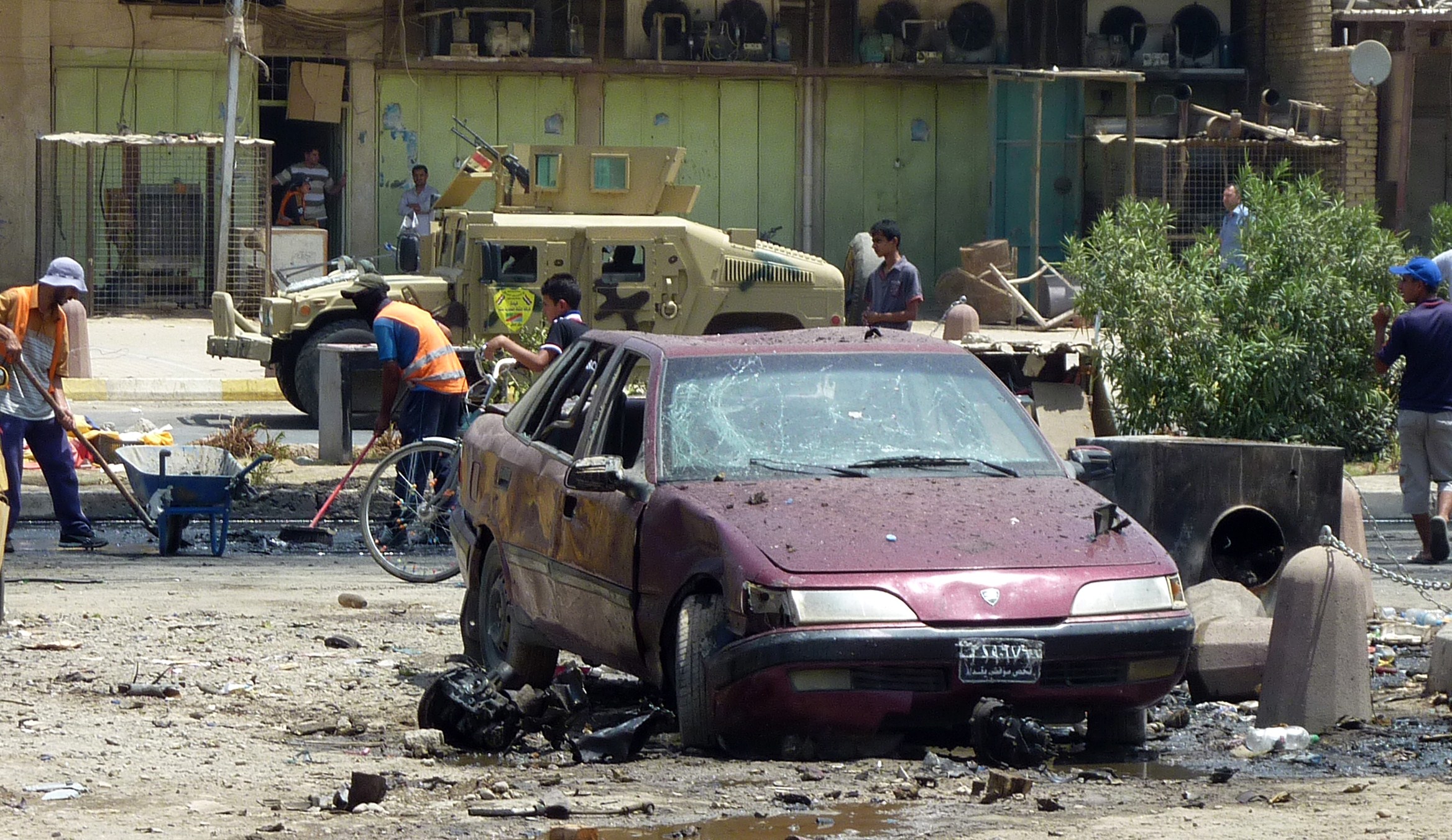 Coordinated attacks targeting security personnel in both Sunni and Shia neighborhoods ripped through Iraq Monday morning killing over a hundred people in 13 different cities and towns, marking the deadliest day for Iraq in almost two years.

All of the attacks took place north of the capital, or in the capital itself. In one incident, police were responding to a series of bombings north of Baghdad, when a suicide attacker ran into the crowd of first responders and security forces and detonated his bomb.   Also in the northeastern city of Udayim, a group of attackers opened fire on a military base killed 13 soldiers before escaping.

Iraqis living in Kirkuk described a scene of chaos near the site of several of the incidents of bombing and shooting.

“The situation here is very dangerous, the police say that another car was just bombed,” Qais Qazaz, a blogger from Kirkuk, said. “This is after one went off, only 100 meters or so from me.”

Despite the fact that many security personnel were killed and the attacks struck more Shia neighborhoods, Qazaz said the attacks seemed to be random.

Ali Arafa, who works part time with the electricity department, said more than 10 bombs had gone off throughout the city. Arafa said “the people of Kirkuk don’t know who is behind the attacks, people are saying that this problem is about the government. The government is not a very good government, there is not very good security for us in Kirkuk.”

Arafa said around 20 or 25 people were killed in Kirkuk alone on Monday, “This is not about the ethnic thing,” Arafa said. “There were attacks all over Iraq today.”

Bombings and shooting happened in the Sunni town of Taji, the Shia neighborhood of Sadr City, and in the Arab, Kurdish, Turkish mixed region of Kirkuk. However, the string of attacks came on the heels of an announcement by Al-Qaeda’s Iraqi military leader of two years – Abu Bakr Al-Baghdadi.

This weekend, Al-Baghdadi announced a new operation called ‘Breaking the Walls.’ He allegedly outlined the plan in a speech released over the web, though experts could not verify that it was in fact his voice. In the audio recording, Al-Baghdadi said the new project aimed to free prisoners and kill those who prosecuted prisoners.

Speaking to Iraqi, he promised a return to the lands Al-Qaeda was previously forced out of. To Muslims around the world he asked them to join him in ‘jihad’ in Iraq, which he called the center of the battle against the Shia.

To the US, he said, “you will see the mujahedeen at the heart of your country, since our war with you has only started now.”