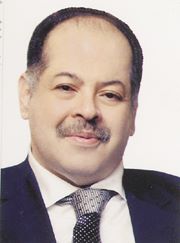 For decades I used to spend Ramadan nights at a coffeehouse in the folksy Cairo neighborhood of Abbasseya.

After 17 hours of fasting in 42 degrees centigrade, Egyptians rushed to cafés to quench their thirst with tamarind, carob and licorice. The smoke of water pipes created a cloud hanging over the Cairo streets.

Before Ramadan, the cafés’ heated talk usually touched upon two topics: the political issues and the hidden dispute between the military generals and President Mohamed Morsy.

But the debate at my café surprisingly took a u-turn after Ramadan. Instead of arguing about President Morsi’s performance or the cold shoulder he always receives from SCAF, the discussion now focuses on popular television series.

These series have silenced the ongoing talk about the legitimacy of the Constitution Drafting Committee, the legality of dissolving the Parliament and who is superior the President or the judiciary system. Viewers no longer care about politics as they are busy watching Adel Imam, Nour ElSherif and Mahmoud Abdelaziz and Syrian and Gulf stars who act in 110 series broadcast day and night.

And as soon as Ramadan began, my friends at the coffeehouse left political talk and started to speak about these series, the actresses’ bodies and their tight, short skirts. As Egyptians are divided in every aspect of life, they never relinquish this habit even in the holy month of Ramadan. We wear two faces in Ramadan: one spiritual, dedicated for Quran recital, prayers and asking God to forgive our sins and the other earthy, when we eat greedily and gawk at television actresses.

Egyptians like the idea of splitting into two camps. In soccer they are either Ahly or Zamalek and in politics they are divided into presidential supporters or opponents. Today Egyptians play on two teams: one supports the generals while the other calls for giving President Morsy all his powers usurped by the Military Council.

The Military Council went further, demanding the President give all three powers (executive, legislative and judiciary) have the right to re-form the Constitutional court which dismantled the Parliament.

Since we are used to being divided about everything, we did the same with this year’s television series. My friend Ahmed Abdelkhaleg, an engineer at 6th of October city, vowed that a certain series epitomizes the toppled Mubarak. But another friend, Sayed Fatahalla , an employee, disagreed, arguing that it represents Mubarak’s first aid, Zakaria Azmy.

Mohamed Aly Ibrahim is the former editor in chief of both the Egyptian Gazette and Algoumhoria newspaper, he holds an MA from AUC in mass communication and writes for English language dailies