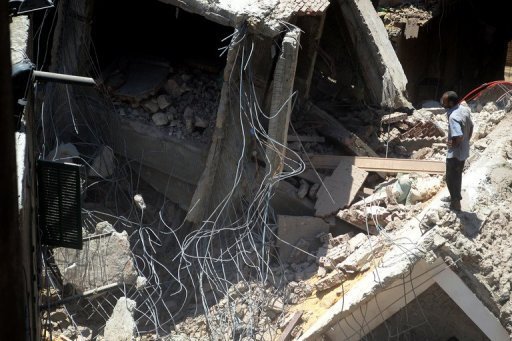 A mother and her two daughters were killed in west Alexandria on Monday when the one story building they were living in collapsed only a week after a building collapse claimed 20 lives in a nearby neighbourhood.

Reports stated that the building located in the El-Amreya district on Seven Up Street was built on a sandy land and collapsed due to a landslide.

Ahmed Essmat, an Alexandrian Journalist, said many buildings in Alexandria are prone to collapse. However, Essmat said, residents who live in buildings on uneven ground, or hazardous dwellings have nowhere to move.

“Recently a building in Sidi Beshr was leaning and people asked the residents to evacuate it, but they refused. They have nowhere to go,” Essmat said.

“There are more than 50 similar cases in Alexandria and the Governor isn’t doing anything about it,” he added.

Hassan Allam,the head of Egypt’s Building Inspectorate, told The Egyptian Gazette two million buildings over the past few years have violated construction regulations across Egypt and 180,000 of them are in Alexandria.

The building collapse last Sunday in the “Gomrok” area of Alexandria a week crashed into three adjacent buildings as it fell, accounting for the extraordinary toll of lives. The building’s owner had been repeatedly warned about its weakness and has since been arrested for negligence in relation to the collapse.

In addition to signs of structural weaknesses in many buildings to explain the fall, several rumours surfaced including a suggestion that the woman and her children were digging for antiquities and roman monuments under their house.