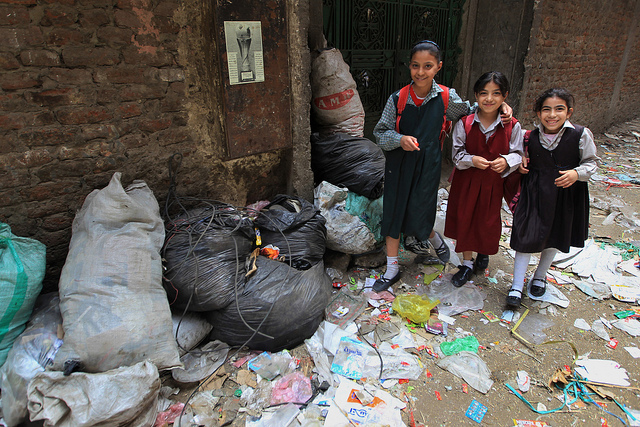 Solving the problem of slums located all over Cairo is part of President Mohamed Morsy’s first-100-days presidential programme. He has stressed that housing is among the fundamental rights of Egyptians and that the state must remove obstacles to guaranteeing housing for every citizen.

Dr Abolfotouh Shanan, a professor of planning and one of the contributors to the Freedom and Justice Party (FJP)’s housing plans, said that the party is formulating a new vision to solve the slums predicament. He said that the party’s plan revolves around creating incentives for family’s to move on their own without pressure.

He added that the plan also includes legalising families’ ownership of the buildings in which they live and gauging the market value of the properties. The plan calls on the state to offer to exchange new units for units in the slums in order to reassure families that they will not be evicted without available shelter.

Ibrahim Abu Auf, Chairman of the dissolved parliament’s Housing Committee and a member of the FJP, said that a study was prepared that divided slums into dangerous areas that must be removed and others that may be developed.

He added that preventing slums from expanding is a priority. He said that local authorities must establish effective oversight to ensure that building does not take place on land not allocated for housing.

Abu Auf stressed that solving the problem requires society to establish a fund dedicated to the development of slums. The state should play a principle role in providing alternative housing options to Egyptians living in graveyards and dangerous slums and developing other slums into more liveable areas.

Dr Magda Metwally, professor of urban planning, said that moving families out of slums will be difficult. She added that there are slums that can be developed re-organized, with compensation paid to families forced to evacuate their houses.

She said that even after guaranteeing families’ legal rights to their homes, they may still refuse to move to new government housing and insist on remaining in their homes.

Dr Metwally has said that that the state should study every particular area carefully, adding that land in some areas such as Maspero and the Imbaba Corniche is valuable. She said that compensation for families living there should be commensurate with property values and that the state must include families in the decision making process that affects them either in the case of re-location or re-developing their neighbourhood.

Dr.Metwally said that decisions imposed from above will not help solve the crisis of slums, adding that the state must think about offering alternative housing and promise to move residents from the slums before giving residents legal rights to their properties and promising