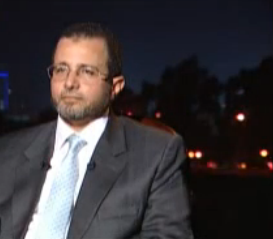 Qandil was reportedly in a meeting of the Supreme Committee of Nile Water with outgoing Prime Minister Kamal El-Ganzouri when the announcement was made.

Qandil will be replacing El-Ganzouri who resigned following Morsy’s election but was tasked with leading his cabinet in a caretaker capacity until a new premier was appointed.

Morsy promised to appoint an independent figure that would gain the approval of all political forces. There had been a debate on whether he should appoint a politician or an apolitical technocrat. Qandil falls in the latter category.

In an interview with Al-Jazeera Mubasher in August of 2011, Qandil said he was not “affiliated to any Islamist parties.” He also told the interviewer that he grows his beard because he abides by the “Prophet Muhammad’s Sunna.”

Qandil was first appointed as Minister of Irrigation and Water Resources in former Prime Minister Essam Sharaf’s second cabinet in July 2011. El-Ganzouri chose to retain his services after he replaced Sharaf in December.

He met with Morsy on Sunday in the presidential palace as part of the negotiations regarding naming the new prime minister.

Qandil has been on the frontlines of Egypt’s negotiations with several African nations regarding the Nile Basin Water Treaty and the development of equitable distribution for the countries that straddle the Nile River. He has worked on several water development projects in Mozambique, Sudan, Tanzania, Zambia, and Ethiopia. Qandil similarly served as chief economist for the Bank of Africa Water Resources.