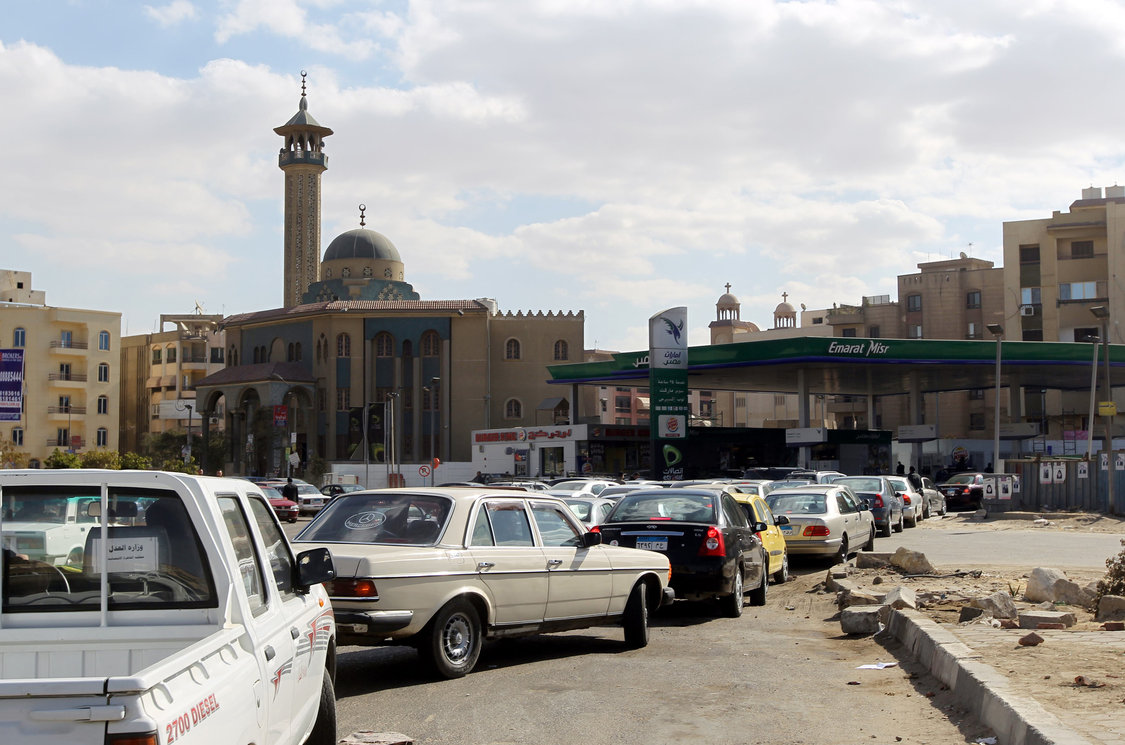 Egypt has been suffering from fuel, water and power shortages, which have led many angry people around the country to take to the streets in protest. On Sunday, in the governorate of Monufiya a fight broke out between families trying to secure gas cylinders outside of a butane cylinder distribution centre, leaving six dead and more wounded.

Last week, there were protests scattered around the country caused by ongoing power cuts, sometimes hours on end. Tackling the shortages is part of President Mohamed Morsy’s optimistic 100-day program to tackle the major issues facing Egypt, and this is evident by his prime ministerial appointment of the former Minister of Water Resources and Irrigation, Hesham Qandil.
There are several issues which stand in the way of Morsy achieving his goals. One such issue is the military’s involvement in private enterprise and governance. Seventeen of Egypt’s 27 regional governors are former military men. Morsy must balance the desires of the army, state and the people.

Egypt is a significant oil and natural gas producer, and yet relies heavily on oil imports to meet domestic demands due to their high-volume sales of oil and natural gas. Last year, Egypt imported over 110,000 barrels of oil a day, according to the US Energy Information Administration (EIA). Egypt is also the largest recipient of water from the Nile Basin, receiving along with Sudan roughly 90 percent of the Nile’s water.
As Egypt shares the Nile with 10 other countries, which face serious water shortages, the possibility for future re-arranging of the water distribution is a dead certainty, which would leave Egypt with an even bigger water crisis.

The Ministry of Irrigation has refused to comment on Egypt’s water issues.

Calculating Egypt’s total water, fuel, and power consumption and production is difficult as a lot of the recent information is not made publicly available.
According to EIA statistics on Egypt, total oil production has been on a steady decline over the past decade, while consumption and exports has been on the rise. It can be expected that the rise will continue, as Egypt is set to provide electricity and natural gas for the entire Gaza region, removing their dependence on Israeli power.

The question that remains is whether or not Morsy can tackle Egypt’s growing shortage crisis. His appointment of Qandil suggests that at the very least, the issue is a high priority.