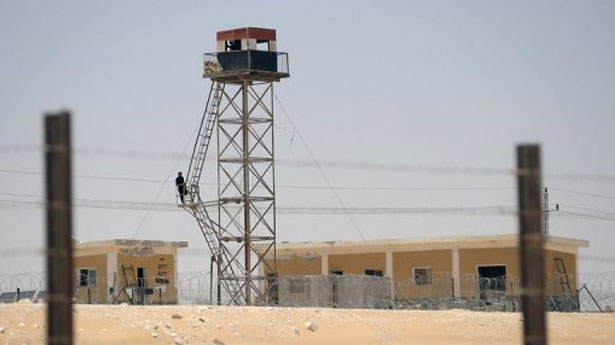 Two Egyptian soldiers were shot on Monday while attempting to stop smugglers from crossing into Israel.

The smugglers were trafficking African migrants, according to the Middle East and North Africa (MENA) state-sponsored news agency. When the soldiers confronted the smugglers, they were fired upon with a shotgun.

Salah El-Buluk, an activist in Northern Sinai said, “[The soldiers] were not doing anything, but the smugglers fired on them.” The two soldiers, Amr Ahmed Mohsen and Atwa Ahmed Atwa, are currently receiving treatment for their injuries.
The shooting comes as part of an increase in violence and kidnappings throughout the Sinai and at the Israeli border in particular. An Israeli Defense Forces (IDF) spokeswoman told Daily News Egypt two days ago “fire was opened at an IDF bus. The bus was damaged in the attack.”

No one was injured she added, and she also confirmed that the live fire came from Egypt.

El-Buluk responded to the reports of cross border fire saying, “This is what Israel says, but we contacted Egyptian police and they have heard nothing about it. Israel gave no information to the Egyptian police and no information to the international observers stationed at the border.”
Kathleen Riley, the Director General’s Representative for the Multinational Force and Observers in Cairo, would neither confirm nor deny the attack on an Israeli bus.

Riley said the MFO was aware of what has been reported in the press.

When asked if Israel had contacted her organisation about the event she declined to answer, saying, “our communications are dealt with on a more discreet level.”