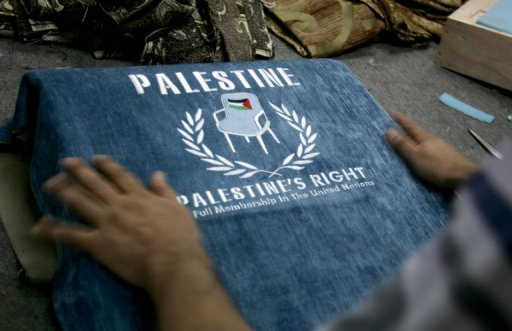 Arab League representatives announced their full support on Sunday for upgrading the status of the Palestinian territories to a non-member state at the United Nations.

The announcement was made during a meeting of a follow up committee on the Palestinian peace process attended by Palestinian President Mahmoud Abbas. Abbas previously announced his intention to seek non-member status last year but the United States and Israel both expressed dismay over the move.

“The Arabs decided to go to the UN to seek non-member state status for Palestine,” Palestinian Peace Negotiator Saeb Erekat told AFP. “It has been agreed that we will start preparing the legal, procedural and political file relating to the Palestinian application for non-state membership.”

Erekat added that they will begin consulting UN groups like the African Group, the Non-Aligned Movement, the European Union and the South American Bloc in order to garner their support for the Palestinian request.

The appeal to the General Assembly will be prepared by a separate committee and reported to the next Arab League meeting scheduled 5 September in Cairo, where the date for presenting the application will be specified.

Palestinian officials are seeking General Assembly recognition in order to reaffirm the pre-1967 borders, leaving East Jerusalem, the West Bank and Gaza within the borders of a Palestinian state. The areas were lost to Israel in the 1967 war and since then Israel has moved up to 500,000 settlers to east Jerusalem and West Bank in an effort to blur the pre-1967 borders.

Abbas made a bid for full Palestinian membership to the Security Council in September 2011, in a move that incurred the wrath of the US and Israel who believe negotiations are the only way for the recognition of Palestinian state. Abbas failed to muster the required votes.

This time, Palestinian officials feel confident in acquiring the simple majority required to win a seat at the General Assembly. The Palestinian Foreign Minister Riyad El-Malki told Ma’an News agency that he expects Palestine to get a majority of roughly 130-140 votes.

Another important detail about the bid is its timing. If the Palestinians make their move before November this could affect the course of the US presidential elections.

Earlier this month, news reports mentioned that United States Secretary of State Hillary Clinton warned Abbas in Paris that if they sought a bid before the US elections, the Palestinian Authority would be subjected to political and economic sanctions.

El-Malki told Ma’an news that Palestinian officials do not fear US sanctions. “The decision is that the Palestinian leadership will go to the General Assembly despite the consequences,” Malki said.