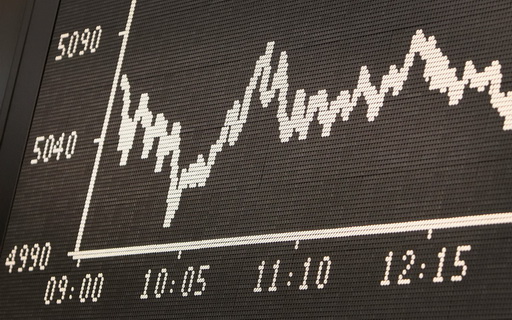 Madrid was down 0.77 percent and Milan lost 0.96 percent as both Spanish and Italian borrowing costs continued to test dangerously high levels.

Europe’s main indices lost between 2.0 and 3.2 percent on Monday over speculation that embattled eurozone Spain could soon require a full state bailout.

“Positive Chinese manufacturing data has managed to lift some of the gloom from the economic outlook but in doing so has diminished the chances of the sweeping stimulus measures many investors were hoping for,” said Mike McCudden, head of derivatives at data provider Interactive Investor.

“At the moment all eyes are on the eurozone and as it continues to lurch from one catastrophe to the next expect any bounce to be short lived.

“As Spain clearly cannot finance its debts while trying to stabilise the economy it is only a matter of time before we see a request for a formal bailout.

The eurozone crisis took another twist on Monday as Moody’s made a first step toward stripping Germany of its coveted triple-A credit rating, cutting the outlook for Europe’s largest and most pivotal economy to “negative.”

Delivering a stark warning that no one is immune from the eurozone’s rolling crisis, the ratings agency lowered Germany’s credit outlook from “stable” to “negative” after the close of European trading.

Top-rated The Netherlands and Luxembourg were similarly cut.

Moody’s said all three faced risks from Greece leaving the eurozone and from the need to stump up cash for potential bailouts for Spain and Italy.

In Germany, the finance ministry immediately shot back by saying the country remained the “eurozone’s anchor of stability.”

Eyes were also on Greece, with auditors from the European Union, International Monetary Fund and the European Central Bank due in Athens Tuesday for another inspection of the new government’s economic programme.

The report will determine whether Greece will receive fresh loans of 31.5 billion euros ($38.2 billion) by September due under its debt rescue programme.

Markets meanwhile won some relief on Tuesday from news that China’s manufacturing activity contracted at its slowest pace in five months in July, indicating that Beijing’s easing measures were beginning to take effect.

A PMI reading above 50 indicates expansion, while a reading below 50 points to contraction.

In Europe the focus was on Spain, which Monday saw its borrowing costs soar to unsustainable levels above 7.0 percent, sparking fears that the eurozone’s fourth-largest economy may require a bailout.

The yield — the rate of return investors earn — on the benchmark Spanish 10-year government bond jumped to 7.498 percent from 7.225 percent on Friday, well above the 7.0 percent danger level for long-term funding.