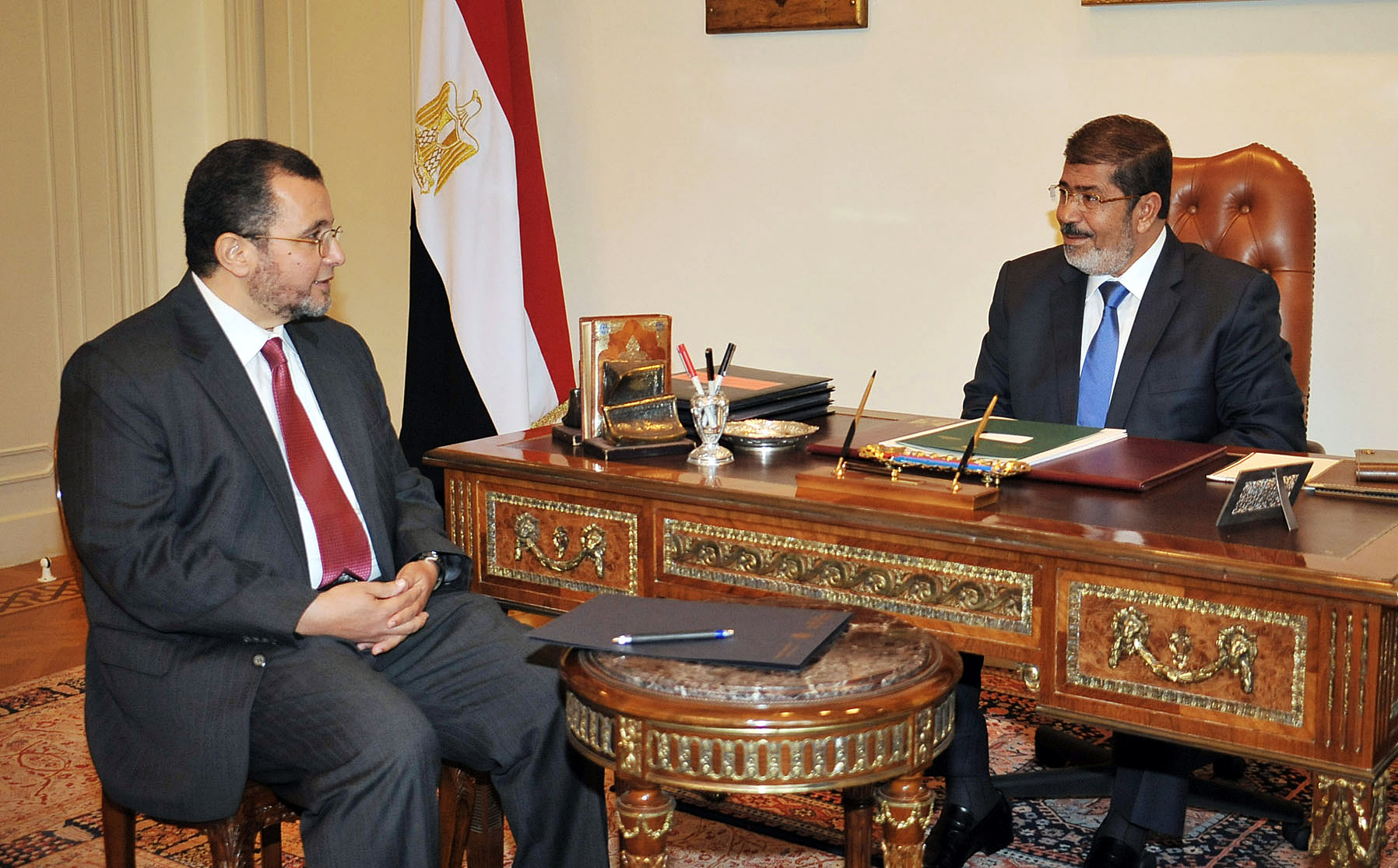 It took less than 24 hours for newly-appointed Prime Minister Hesham Qandil to go from being a relatively unknown apolitical minister to a Muslim Brotherhood member or sympathiser, and finally to a high ranking member of former President Hosni Mubarak’s National Democratic Party.

A screenshot of an NDP policies committee membership circulated over the Twitterverse on Wednesday with Qandil’s name listed as number 120 out of the committee’s 123 members.

The policies committee was the most influential decision making body within the NDP, and arguably Egypt, as was responsible for drafting policies that the NDP-dominated government would later enact.

The committee was led by Mubarak’s son Gamal, who was being groomed to take over after the elder Hosny Mubarak. Being a member of the committee is a serious accusation to any official in post-revolutionary Egypt.

The NDP’s website has been down ever since its disbandment following the popular uprising that ousted Mubarak. The Daily News Egypt was able to access archived copies of the list through internet archiving services.

Daily News Egypt can verify that Qandil’s name is not on the list of policy committee members. A different member’s name was edited out and replaced with the new premier’s in the widely circulated image. Daily News Egypt accessed lists from 2003 until 2004 and was unable to locate Qandil’s name on the page alleging he was a member of the committee. Instead, Yasser El-Milwany was found to be consistently on the lists from 2003 until 2004 at the 120 spot.

The remaining members on the page correspond in both versions both in names and orders leaving no room for doubt.

Despite the unlikelihood of real NDP supporters bragging about one of their members taking over such an important position, the image went viral with more than one activist sharing it as fact.

Qandil, who sports a beard but told Al-Jazeera in an interview last year that he did not belong to any Islamist parties or groups, was accused upon his appointment by many politicians and public figures of being a member of the Muslim Brotherhood.

The prime minister is known for his religiosity, having four daughters all named after the prophet Muhammad’s daughters and regularly leading his ministry staff in prayer. There is no evidence at all, however, that he is or ever was a member of the Muslim Brotherhood.

Accusations of former regime ties are not as unfounded, however. Qandil worked in the irrigation and water resources ministry as the minister’s office manager since from 1999 to 2005 during the Mubarak era, surviving two water ministers.

He served as head of the Nile Water Sector after that, a position entrusted only to men the president had faith in.

When he was appointed as minister by former Prime Minister Essam Sharaf last year, Qandil hired a former NDP policies committee member Mohamed Abdel-Motaleb as first deputy minister which led to protests against him by ministry employees.

A Facebook page set up by a group calling itself the shadow cabinet has also accused Qandil of counter-revolutionary views.

The group released a statement on Tuesday following Qandil’s appointment, claiming to have met him during Sharaf’s premiership in order to suggest water and Nile-related policies. He allegedly made anti-revolutionary comments during the meeting and accused protesters demonstrating by the Israeli embassy at the time of being “thugs and criminals.”