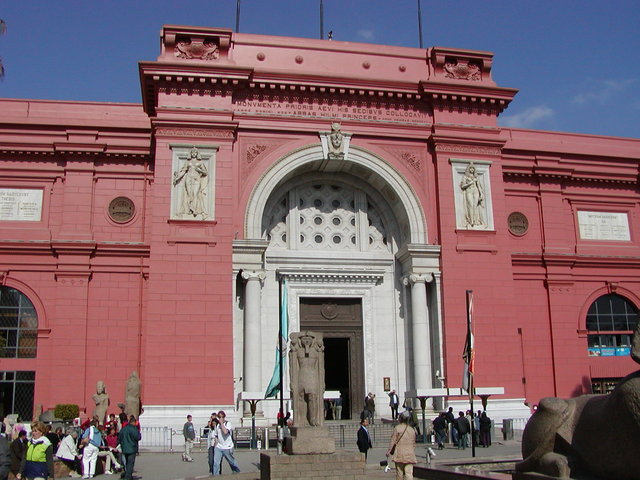 The European Union delegation to Egypt announced Tuesday that it was providing EUR 17 million to a United Nations Educational, Scientific, and Cultural Organization initiative partnered with Egypt, Lebanon and Jordan to implement national projects aimed at preserving “intangible” cultural heritage.

While ‘intangible’ culture has yet to be specifically addressed, the initiative comes at a tenuous time for Egypt’s culture in general. Notoriously proud of their illustrious history, Egyptians have recently garnered criticism for poor records and inadequate contingency planning in the wake of several thefts during the security vacuum. Apart from the estimated 54 pieces stolen directly from the Egyptian Museum, according to Egypt’s Supreme Council of Antiquities, 2 percent of artefacts held in government storehouses were pilfered.

The stolen pieces, by and large, were sold to wealthy individuals abroad, as evidenced by the United States smuggling ring broken up almost exactly a year ago after attempting to smuggle 2,000 year old Egyptian mummies worth US$ 2.5 million into the United Arab Emirates.

Occasionally, the artefacts remain in Egypt, as is the case with statue fragments and papyri found for sale in the Upper Egypt governorate of Qena weeks ago.

It is not just the Pharaonic heritage that is under attack. State-run Ahram Online published an investigative story only weeks ago that shed light on more cultural destruction occurring, this time in Fustat in Old Cairo, the site of Egypt’s first capital. The piece interviewed several local residents who reported that historical sites are being bulldozed by shady businessmen to who parcel them out amongst themselves by dark. Residents were intimidated by thugs, coerced to keep silent and scared stiff by the gunshots that rang out at night.

That is not to say that a concerted effort has not been made to improve standards and recover lost artefacts. Thanks in part to a ‘Red List’ of stolen goods sent to Interpol, a significant (although yet undocumented) portion of artefacts have found their way back to Egypt.

The EU-funded UNESCO initiative, then, could potentially be a bulwark against further backsliding in the field of Egyptian culture. While current President Mohamed Morsy has a whole host of pressing issues to address in a relatively short period of time, he has expressed an interest in keeping the tourism sector strong and as such will inevitably face the challenge of instituting a lasting cultural framework that can assure Egyptians their culture will be safe, no matter what circumstances arise.

During the following three months, the focus will be on meeting the bearers of this intangible cultural heritage and working on systemising and digitising a cultural archive that can be viewed locally and internationally. Film and photographic exhibitions are planned for easier access.

The example given on the Euromed Heritage website is communities of Zajal in Lebanon, a specific type of poetry.

It is yet unknown what will comprise Egypt’s intangible cultural heritage, but what is known is that the focus of the research will be in the Damietta governorate.