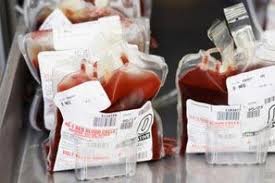 A one-hour power outage at the Port Said blood bank spoiled most of the blood in reserve, highlighting the growing risk of Egypt’s fragile power grid and the need for enhancements to the crumbling infrastructure throughout the country.

Constant power outages have become more commonplace in Egypt, with many urging President Mohamed Morsy to quickly resolve the issue. In recent weeks, the Minister of Electricity, Hassan Younis, under pressure from protests across the country, held several meetings to address the issue and declared a state of emergency, especially in peak times. Younis clarified that current government policy is to ration power consumption.

This rationing could lead to much more catastrophic events at vital institutions like Egypt’s hospitals and blood banks. With the need for blood on the rise amid rising rates of crime and accidents, the constant need for scarce blood types becomes ever more critical.

Most hospitals, if not all, have backup generators that operate automatically during an outage to keep equipment and refrigerators running, but according to news reports the backup generator of Port Said blood bank has been dysfunctional for over two years, putting patients lives in danger.

Summer is usually a critical time of the year for blood banks in Egypt, as the field campaigns for blood donation in schools and universities stop for the summer vacation. Factories and companies are also affected by the summer as people usually leave Cairo for vacation and so the number of donors deteriorates significantly.

“Last month we couldn’t get 1,000 blood bags when we needed more than 2500, we’re suffering severe shortage and the situation is getting worse” Sherif Mamdouh, the general coordinator of the blood bank team in the oncology institute, told Youm7 newspaper.
“Celebrities and public figures sometimes come to the institute with many of their fans to donate blood, these campaigns are the most successful,” Mamdouh added.