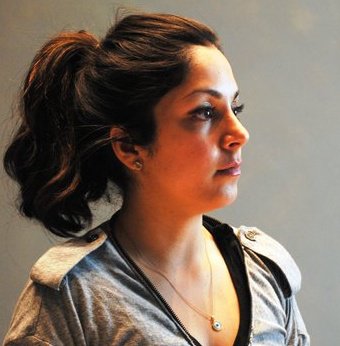 It is unclear why the survival of Egypt’s pyramids is a high priority to US-Egypt relations right now, but such is the case. On a news day that included brutal attacks against Myanmar’s minority community of Muslims and a serious hostage situation in Sinai, the biggest news story by a long mile was a brief investigation into a rumour that came up fleetingly during the morning editorial meeting.

A man on a strongly right wing America blog was suggesting that Mohamed Morsy had been called to destroy Egypt’s iconic pyramids, because they were pagan symbols. The man in question was allegedly a Bahraini sheikh, and the invitation was apparently quite serious as it had soon become a top story in simple searches about Egypt.

It didn’t take an intrepid reporter at this newspaper very long to notice the account was a parody account as it clearly stated it was in Arabic, and she wrote up a quick breakdown of the misleading statements.

Rest assured, she whipped off, the pyramids are fine.

She spent the rest of her day worrying about how to reach a blogger in Bahrain who could tell her more about the fate of Nabeel Rajab, an activist arrested in his home for a tweet that criticised the ruling monarchy. The blogger she was trying to reach had himself been seriously injured recently as well.

The next day it was clear that the story about the pyramids was not over. The story had “gone viral” and the traffic was soon clogging the site. The Huffington Post was writing about the hoax tragedy and similar small news aggregators were retracting and apologising for their publishing of the original story.

The DNE “investigation” was cited in several stories about the story. Grand existential questions were being asked about why this had happened AGAIN, another hoax, after one recently wrongly and oddly suggested that an Egypt court was debating whether a man could have sex with his deceased wife within six hours of her passing.

The young intrepid reporter didn’t take notice, she couldn’t have, she was too busy worrying about an upcoming trial for Abasseya protesters facing one year sentences, which they received today. And yet the pyramids “news” kept growing.

The story returned in force again today, with a new account that attacks the DNE report and its investigation on the original site, accusing the paper of using the “hoax” charge “to lull the West back to sleep.”

I thought about asking the reporter to write a rebuttal, but didn’t have the heart. She was quite busy trying to establish whether the Gaza Blockade had or had not been lifted, as was being widely reported without much evidence.

So I’ll write this for her, I know her and I asked her to approve: Dear America, the pyramids are still here, thank you for enquiring about their health, we love them and they are well. I’d write a longer letter, but I need to go figure out if Tunisia’s model of referendum might help Egypt resolve the parliament impasse. Love, Hend Kortam.