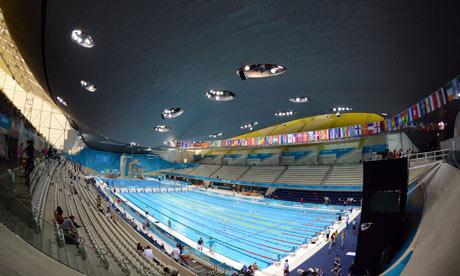 
“We bought the clothing from a Nike agent. You can never tell the difference between the original and the fake ones,” EOC Chairman General Mahmoud Ahmed Ali told the state-run Ahram Online. “All Nike products in the Egyptian Market are made in China. They all have the same logo. How can you know?”

The Committee went on to cite the country’s dire economic straits –as well as an unprecedentedly large Olympic delegation- as the reason it opted for a Chinese distributor. Committee head General Mahmoud Ahmed Ali told the Associated Press that Nike should deal directly with the distributor if it had any complaints.

“It’s like if somebody created false coins and you happened to possess them. Is it your fault then?” Ali said in his defence.

Nike, for its part, has not remained silent.

“Nike is highly concerned that if these allegations are true, the athletes will have received products that do not meet Nike’s quality standards,” the company said in an emailed statement late Wednesday.

According to the clothing company, its authorised distributor in Egypt had attempted to contact the Committee repeatedly without success.

“The bags for example have big Nike logo in the front and the zippers are Adidas,” Khallaf wrote. “It’s so frustrating that we had to pay extra 2,000 pounds to have other proper stuff to wear so that we can look okay, not even good.”

The latest news from Khallaf’s Twitter account is that the Committee was ordering new, original gear from the Nike UK branch.

It is not yet clear whether Nike will look to investigate the issue further.