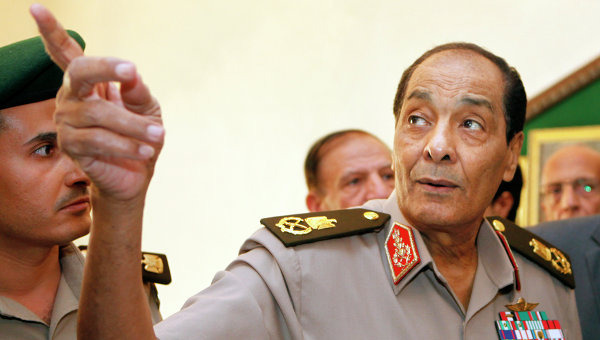 Official Presidential Spokesperson Yasser Aly denied in a statement on Thursday that the military had rejected President Mohamed Morsy’s candidate for the post of Minister of Defence in the new cabinet.

Aly denied that Morsy nominated former Major General Abbas Mekhemar to the post and said that the final cabinet formation would be announced mid next week.

The Supreme Council of Armed Forces held an emergency meeting on Thursday without revealing its agenda. Daily News Egypt understands the meeting was called in order to reject Morsy’s candidate for the post of Minister of Defence in the new cabinet of Prime Minister Hesham Qandil.

According to a source with ties to the Ministry of Defence, who refused to be named, SCAF and Morsy had originally agreed that the junta would get to pick the ministers of defence, interior, and the new intelligence chief in the new cabinet.

SCAF Chairman and Military Commander-in-Chief Field Marshal Hussein Tantawi, who has been the defence minister since 1991, does not want to serve in the new cabinet, the source said.

Tantawi would keep his posts as SCAF chairman and commander-in-chief whether or not he serves as defence minister in accordance with the supplementary constitutional decree SCAF released days before Morsy’s election. He would retain all powers granted to the Minister of Defence by law, regardless of whether he holds the title or not.

However, they were surprised to find out that Morsy nominated Abbas Mekhemar, a former army major general who retired in 2002.

Mekhemar is currently a member of the Muslim Brotherhood’s political wing, the Freedom and Justice Party. He was head of the Defence and National Security Committee in the FJP-dominated People’s Assembly, the lower house of parliament, before it was dissolved.

Mekhemar requested Tantawi extend his service back in 2002, but his request was rejected. He appealed to former President Hosni Mubarak who in turn upheld Tantawi’s decision.

Egypt’s military council was scheduled to fully hand over power to a civilian government last June. However the dissolution of the lower house of parliament due to a Supreme Constitutional Court ruling that the election law was unconstitutional prompted SCAF to release a constitutional decree that limited the incoming president’s powers, especially in the area of defence, and granted itself legislative authority until the election of a new parliament following the ratification of a new constitution.

The decree retained SCAF Chairman Tantawi’s post as commander-in-chief but did not grant the president the traditional title of supreme commander of the armed forces.