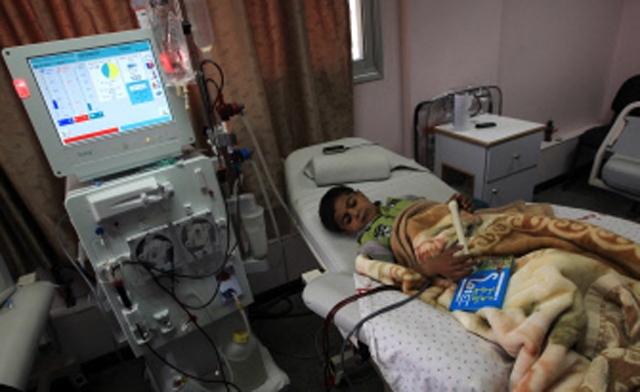 In response to the frequent power outages and garbage pile build-ups in the streets, the Socialist Popular Alliance Party is planning to launch a campaign called “we are not paying,” in reference to electricity and garbage collection service bills.

Amr Abotawila, member of the Imbaba Committee of the party said that “the campaign which was launched online a few days ago will be launched on the street today.” As part of the campaign, a human chain will be formed tonight in Imbaba on Terat El Sawahel Street at 9 pm.

Abotawila said the campaign will include handing out statements to the people as well as stickers, in addition to creating designs free for anyone to use.

“The campaign is open for anyone to adopt it,” he added. A film will also be released soon by the campaign.

Abotawila said Imbaba is only the start and that the party plans to spread the campaign to Alexandria, Kafr El Sheikh and Ismailiya in the next few days.

“As long as we don’t get the services, why should we pay?” asked Abotawila.

In a statement released by the party, a clear set of demands were made. They include a schedule of when planned power cuts will happen and their duration.  The group also called for a breakdown of the consumption of electricity by various neighbourhoods in order to know whether there was equity between the neighbourhoods.

“We need someone to explain the problem and tell us and tell us how much electricity we produce and how much we need. We also need to know how the problem will be solved. The electricity problem is a deep one. It will not be fixed by turning off the air conditioners,” Abotawila explained.

The demands of the campaign also state that “collecting the garbage is the responsibility of the executive authorities.”

“If we go out and collect the garbage ourselves for 100 days, what happens after the 100 days?” questioned Abotawila.

He described how the growing garbage piles in Imbaba, and especially western Imbaba and its poorer areas, have led to gruesome incidents including one where a dead child was found inside a mound of trash, unnoticed for days because of the overwhelming size of the pile.

“The piles can grow so big that they block entire streets,” he said.