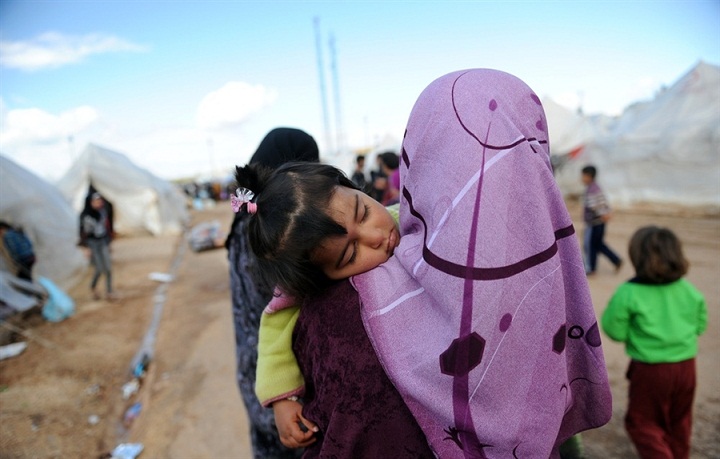 During the 48 hours following a massive bombing in Damascus that killed several key officials within the Syrian military, roughly 30,000 Syrian refugees fled to Lebanon, further exacerbating the crisis in Syria’s surrounding states.

A United Nations High Commissioner for Refugees (UNHCR) report released last week put the number of Syrian refugees in Lebanon at almost 28,100. The report was launched a day before the Damascus bombing, which left four top Syrian officials dead. Officials at UNHCR now say the number of refugees that fled during the 48 hours after the bombing is as high as 30,000.

Amid this massive exodus of refugees, Lebanese authorities are calling for aid to help them provide for the growing number of Syrian refugees seeking asylum in Lebanon. According to the Lebanese aid organisation, the Local Coordinating Committee of Syria, the number of Syrian refugees currently taking shelter in Lebanon is estimated at around 90,000.

Lebanon, a conflict-riddled country itself, does not promise sustainable shelter. According to the Lebanese Social Affairs Minister Wael Abu Faour, Lebanon needs almost $115 million to help the Syrian refugees. During a meeting with Lebanese Prime Minister Najib Mikati, Faour announced that the country would seek help from Arab and international donors in order to provide assistance in supporting the Syrian refugees, the Lebanese newspaper the Daily Star reported.

Several parties have already begun to meet the calls. The European Union (EU) ambassador Angelina Eichhorst said in an interview with Lebanese newspaper As-Safir that the EU, which had already dedicated 3 million Euros to aid the refugee crisis, is ready to provide Lebanon with assistance.

Lebanon’s economy has similarly been wracked by the Syrian crisis. An analysis of the economic situation in Lebanon conducted by Al-Arabiya noted that Lebanon’s investments are mainly dependant on Gulf investors, while most Lebanese agricultural products are also exported to gulf countries. The report noted that there was a severe decrease in Lebanon’s investments. Bahrain, Qatar, the United Arab Emirates, Saudi Arabia and Kuwait urged their citizens to refrain from visiting Lebanon in light of the Syrian violence which is apparently similarly taking its toll on the Lebanese economy, due to the decrease in toursim.

The crisis has similarly heightened sectarian tensions within Lebanon. The north of Lebanon witnessed sectarian strife after the beginning of the Syrian uprising. The north Lebanese city of Tripoli, which is seen as an Al-Assad stronghold, witnessed several clashes between members of its Alawaite Shia community and security forces, incited by the Syrian conflict in June.